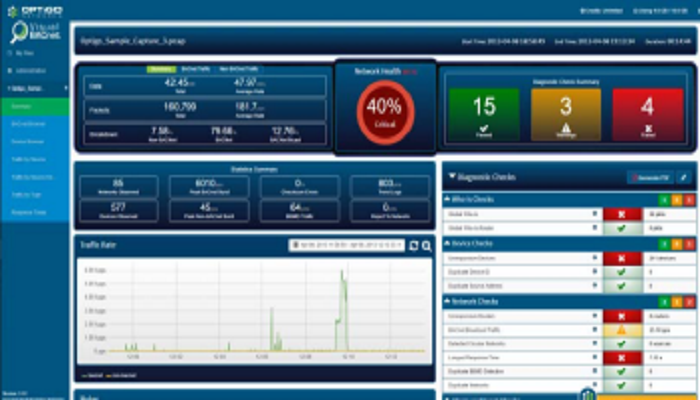 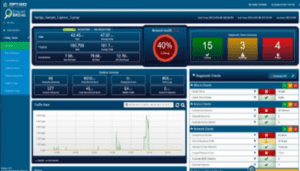 Recent technological developments have made diagnosing IP network issues easier, but until this collaboration, trouble-shooting MS/TP network issues has been hands-on and time consuming. When an MS/TP network breaks down, the technician has to put on his boots, drive to the site, set up a USB dongle and capture traffic right on-site. The product integration between Contemporary Controls and Optigo Networks changes that. Using a Contemporary Controls’ BASrouterLX, MS/TP traffic is captured and sent to Optigo Networks’ Visual BACnet. The MS/TP data can be captured via remote monitoring, or the capture can be scheduled at a specific time each day and then sent to VisualBACnet.com for analysis.

“Trouble-shooting BACnet MS/TP issues has always been a challenge,” said Harpartap Parmar, Senior Product Manager at Contemporary Controls. “By teaming with Optigo to use the MS/TP traffic for analysis, technicians can quickly respond to a customer’s problem without needing to be on-site.”

The BASrouterLX by Contemporary Controls is a high-performance BACnet router providing stand-alone routing between BACnet networks such as BACnet/IP, BACnet Ethernet, and BACnet MS/TP. Besides its high-speed processor, it has advanced features such as auto-discovery of MS/TP slaves, MS/TP frame capture and storage for use with Wireshark®. Up to 50 BBMD entries can be made. With the Optigo integration, MS/TP frame capture can be sent to Visual BACnet for analysis.

Visual BACnet by Optigo Networks is a powerful BACnet health analysis and monitoring software. It allows users to concretely measure the health of their networks, and quickly diagnose problems to reduce troubleshooting and downtime. Users can look at their network’s health score, drill down to pinpoint problems, and create baseline reports to compare network changes over time.

“We look forward to fully launching this integration with Contemporary Controls in the coming months,” said Dan Ronald, VP Product Management at Optigo. “This partnership is a big step towards fulfilling our vision of monitoring sites in real-time, allowing an increase in the overall up-time of Building Automation Systems.” Existing BASrouterLX users interested in the new features will be able to install the software upgrade via the BASrouterLX webpage.

About Contemporary Controls: Contemporary Controls designs and manufactures the system building blocks for networking, integrating and controlling automation processes where performance and reliability are important. Our products are built upon open technologies such as ARCNET®, BACnet®, CAN, Modbus®, Niagara Framework® and Sedona Framework™, and are typically found in building and industrial automation industries. Our customers are systems integrators, contractors and mechanical and controls OEMs seeking simple and reliable networking and control products from a dependable source. With headquarters based in the US, we have operations in the UK, Germany and China with self-manufacturing in the US and China. www.ccontrols.com @ContempControls

About Optigo Networks: Optigo Networks is shaping the future of the commercial Internet of Things (IoT). Optigo uses visualization and anomaly detection to enable explosive growth of IoT in buildings. With its award-winning self-learning software, Optigo analyzes the communications of the thousands of thermostats, key card scanners, cameras and smart lights in commercial buildings. This allows building operators to quickly identify faults in their operational systems and reduce downtime from hours to minutes. Optigo is the first to address the growing complexity of maintaining the thousands of little machines that make our buildings comfortable, efficient and secure. Optigo’s solutions are used every day in a rising number of buildings around the world. www.optigo.net
@optigonetworks