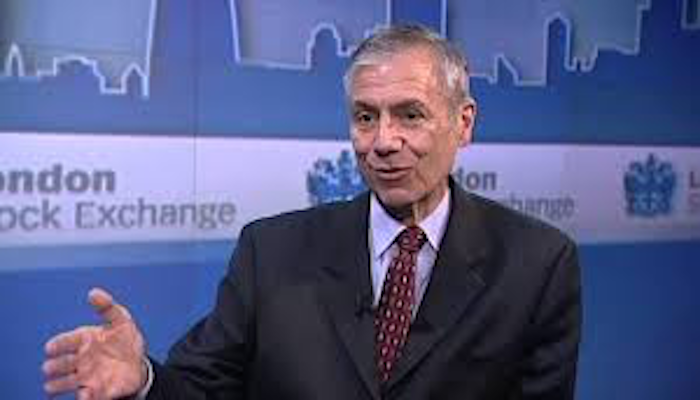 DRIVERLESS BUILDINGS! Predictions for Smart Buildings 2015. Jim Sinopoli, PE, LEED AP Smart Buildings LLC Over the last few years companies have developed and demonstrated driverless car technology; Google, Audi, BMW and dozens of other companies and universities have been involved. With the use of cameras, sensors, “decision and driving strategy and logic”, traffic sign recognition, pedestrian spotting and lane departure warnings, many but not all of the technical aspects have been addressed. The remaining technical aspects are likely to be resolved; if there are any obstacles to driverless cars they will be with government regulations and the psychological reactions drivers may have to technology and automation.

Over the last few years astute facility management departments have deployed various analytical software applications for use with building control systems, mainly in HVAC systems. Overall, analytics have provided impressive results in correctly identifying building systems that are not performing optimally, shown reductions in energy consumption as well as improvements in the effectiveness and efficiency of building operations, and service orders.
Using software applications to find faults in building systems is a huge benefit, but it’s really just half of the automation equation. Driverless cars and aircraft with autopilots can take corrective action. If a fault is identified in a building, we either create a work order or have a facility engineer address the situation.

If we can create the logic to identify a system fault we can create the logic to correct or remedy the fault. This  level of building automation is not illusory. Its total automation. It requires granular data, and the development of detailed policies and logic. The policies will need to touch on every significant building situation or scenario affecting energy, operational costs, life safety and tenant comfort. Unlike the driverless technology, most of the innovation in building system analytics has come not from the large global building automation companies but from smart and innovative small to medium size companies. A very few of the global automation companies are starting to “dip their toes in the water” of software analytic applications for building systems. You’ll see the first steps of heightened or total building automation generated in 2015.
  
Bluetooth Beacons
The introduction of indoor positioning systems last year was pretty much ignored by most building owners and facility management. What they may have heard was that indoor positioning systems are just used in shopping malls, where shoppers are tracked and receive sales pitches and coupons, however there also may be some privacy issues. Lost in that information were other applications benefiting building operations.

For example, one of the key metrics for building is occupancy. There are very few buildings that how many people are in their building. Bluetooth one of the prominent technologies for indoor can generate data on where occupants are in a how they are using the building spaces. That may and where building occupants enter and exit the building spaces occupants inhabit, what time or occupy the spaces, duration of occupancy, etc. could be and is already used to optimize the operations, correlating the occupant data to systems, energy consumption, space utilization, using the data for renovations of existing buildings or design of new buildings. Bluetooth beacon could also be part of addressing life safety events, for example locating people for safety or security purposes. It’s worth noting that the US Federal Communications Commission (FCC) is looking at indoor positioning to enhance emergency response.

One of the recent uses of Bluetooth beaconing is in museums. Yes, they are tracking their visitor behavior and using the data for exhibit design and marketing, as well as providing way finding. More on the museums at: http://www.wsj.com/articles/when-the-art-is-watching-you-1418338759.

With facility management organizations really just starting to wade into the world of data analytics, Bluetooth beaconing is poised to provide data for buildings that really hasn’t existed previously and enrich the analytics of building operations. Beacons use Bluetooth Low Energy (BLE) which are built into most of the latest smartphones. The small beacons cost as little as $20 per unit and can be installed almost anywhere. With the cost point of Bluetooth beaconing not being a barrier and the potential benefit of using occupancy data to improve building performance and design, building owners and facility management department will take a second look at indoor positioning and are likely to deploy more pilot tests of the technology in 2015.

The Resurgence of Power over Ethernet
Power over Ethernet has been around since 2000. Maximizing the use of PoE in buildings is a “no brainer”. PoE was created by necessity back in the “old days” of telephone systems, then known as Private Branch Exchanges (PBX). The PBX provided power and analog communication to the telephones. At the time major telephone manufacturers wanted to run telephone communications over IP. The IP communications worked fine, but the VOIP telephones needed to be connected to an electrical outlet. The solution was to provide data communications and power in one cable. How brilliant is that. By 2003 there was an international standard for Power over Ethernet over standardized cable. Today over 100 million Power over Ethernet (PoE) enabled ports are shipping management have data on beaconing is positioning. It building and include when building, what day they Such data building building
 and even annually.

The initial use of 15 watts was increased over time, initially to take on PZT video surveillance cameras. Cisco now has a 60w Universal PoE (UPOE) technology that is driving the adoption of virtual desktop infrastructure (VDI).There is also now Power over HDBaseT (POH) technology that can deliver up to 100w over twisted-pair cable which supports full HD digital video, audio, 100BASE-T and control signals in television and display applications. The benefits of PoE are numerous and obvious, and while many of the building systems (access control, video surveillance, Wi-Fi, lighting, etc.) use PoE, PoE hasn’t penetrated many devices such as meters, sensors and controllers, such as BAS controllers or monitoring the electrical distribution.

One of PoE’s benefits is cost. An average cost to provide a typical electrical outlet to a device is about $864. The cost of a PoE port is $47 to $175. An example of cost savings is Purdue University a few years back where 1,100 wireless access point were installed. PoE saved the university $350 to $1,000 per location. The second benefit is reliability; PoE centralizes power distribution, making it easier to provide uninterruptible and emergency power to the network switch providing power, thus better reliability. End devices can be managed, and moves, adds and changes are easier. PoE is safer than high voltage and lowers power consumption. Finally, it’s an international standard. We see the use of PoE worldwide.

PoE hasn’t had a big impact on BAS controllers. Currently, innovative companies such as Delta and Contemporary Controls have Ethernet based controllers, and controllers providing PoE. The idea that BAS controllers could have more robust networks via IP and PoE power costs less and provides centralized reliability suggests that there is an opportunity for global BAS manufacturers to step up their game in 2015.

Generating Revenue from Microgrids
Microgrids have several unique advantages. One is improvement of power reliability; a microgrid with multiple generation sources offers diversity and therefore greater reliability. Second, microgrids have the potential to lower or at least constrain energy costs, for example, using power from the larger grid when prices are cheaper than the microgrid; or conversely, maximizing the use of the microgrid when prices from the larger grid are high. At the very least microgrids offer more flexibility for owners in managing their energy costs. Third is a slight increase in energy efficiency; microgrids eliminate or decrease the transmission and distribution energy losses and also have the capability to recover and use heat locally.

The result is higher energy efficiency. Microgrids are ideal for “communities”: a university or industrial campus, military installations, large commercial or residential developments. While a few utilities may not support microgrids because they take a portion of the load away from the utility, I would think other utilities may welcome microgrids to avoid large investments for repairs or upgrades in their transmission system.

The microgrid is an asset. The return on investment of the microgrid and the growth in its operating income is important to its financial success and wellbeing. Much like typical real estate transactions the location of the microgrid is important primarily because of particular state utility regulations and policies of the local utilities. Microgrids generally succeed in markets where electricity prices are high, and where there are large dense power users such as educational or business campuses or districts. Many grid operators buy services from microgrids that are grid connected. Potential revenue stream for microgrid owners:

 Buying or selling power into wholesale markets, within the rules and requirements of some grid system operators and regional transmission operators. Owners sell energy back to the utility grid for a profit once the selling price exceeds the cost of the microgrid’s generation and storage.
 Demand response, where the grid operator will pay energy users such as the microgrid to curtail energy use.
 Capacity markets that have been set up to ensure that supply will be available when it is needed most. These is an incentive for micogrids to make their capacity available to electric markets where price signals alone would not work.
 Ancillary services that microgrid can provide to grid operators. These are driven by short term unexpected disruptions in the grid’s overall capacity; this may be related to a transmission line down or a power plant out of services, or an intermittent renewable generation capacity like wind where resources are required to address any inconsistencies in generation. A microgrid may address the short-term imbalances in electricity markets by dispatching resources.
 Cost savings by avoiding peak energy costs with self-generation and storage.
 Microgrid owners may also benefit with declining costs for solar panels and energy storage

In 2015, microgrids and distributed energy will be viewed as very attractive, because of reliability, flexibility and profitability and grow into an important role of providing reliable power at reasonable prices in a sustainable way.

For more information about smart buildings, technology design or to schedule a Continuing Education program, email at jsinopoli@smart-buildings.com .

Eric has been in the controls industry since 1979. His passion for controls and the desire to provide an easy way for HVAC professionals to keep up with the rapid changes in controls technology inspired him to create Controltrends.
All Posts »
PrevPrevious39 Utilities Share Smart Grid Deployment Results at DOE-EPRI Conference
NextMessage from Barry Gordon: ACI Releases New Products for 2015!Next