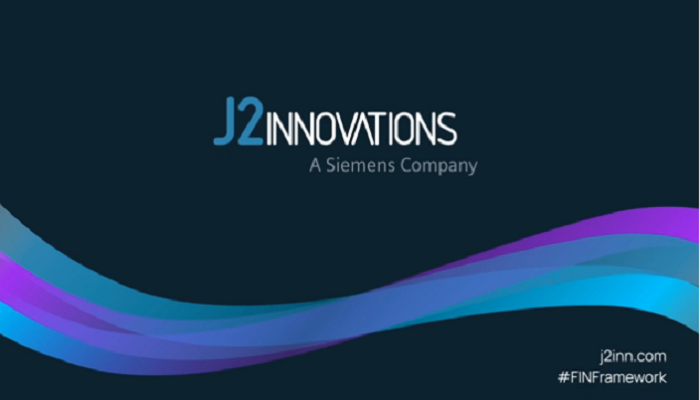 J2 Innovations, a founding member of the project, says open frameworks will ‘glue’ systems together so we can make buildings more efficient, sustainable and better for occupants.

With buildings accounting for an estimated 40% of global energy use better energy efficiency and reduced maintenance costs have been major drivers behind the design of smart buildings. The Internet of Things (IoT) and the associated digital ecosystems are paving the way for a new world of interconnected intelligent buildings that are optimizing energy efficiency and occupant comfort.

With building systems becoming increasingly complex, solving the conundrum of seamless communication between disparate systems continues to be an important challenge. There are numerous standards in use today; BACnet for HVAC, DALI and KNX for lighting, Modbus for electrical metering and power management, M-Bus for heat metering. IoT data has added additional complexity to proceedings with vendors handling data in various different ways.

The use of standard protocols helps with integration, but is not enough to solve the problem of systems easily sharing and exchanging data. Lack of a common single standard for data management, to enable data to be properly understood by any supervisory or analytics software, adds significant engineering costs and time when integrating applications and systems. Project Haystack, the open-source initiative led by some of the world’s leading engineering companies, is a solution gaining traction to standardize how metadata is defined for smart buildings, smart equipment and the IoT.

Haystack has been set up to provide context to data which is being communicated between systems – commonly known as semantic tagging. By tagging the data within a system it becomes possible to fully automate the generation of plant schematics, floorplans, dashboards, alarms and energy reports, as well as deliver real-time fault and performance analytics.

Haystack is not a replacement for any of the aforementioned standard protocols used for lower-level automation but acts as a complement, working at system and enterprise-level abstraction, integrating with non-automation data (e.g. from IT systems) and connecting operational technology and IT through a richer more IT-friendly data set and APIs.

The adoption of open frameworks that support tagging simplifies systems integration. Until now, BMS, lighting and other manufacturers of control and monitoring equipment for buildings generally have not natively supported tagging so have not been able to automate the management of data from multiple system sources. Open framework software can read data from multiple systems, but need also to be able to support tagging to fully address the data management issue. In order to “future-proof” projects, it is wise to specify an open framework which can natively support tagging, since it is much easier to design in this standard approach to handling data than to go back later to add tagging.

Project Haystack encompasses the entire value chain of building systems and related intelligent devices. Founding member companies include Siemens, ConserveIT, J2 Innovations, SkyFoundry, Legrand, and Lynxspring. Associate members include many other building-related suppliers and service providers of all types, and as the Project Haystack community grows, so too have the range of applications. New and innovative ways to apply Haystack are constantly evolving. For example,  HaySON is a proposal for a new JSON encoding format for Haystack. It aims to improve upon the existing JSON encoding by making Haystack data more accessible for developers.

Building contractors and Facility Management companies have also been looking to ‘standardize’ on tagging solutions to enable their clients to derive more real benefits from their building data. As Project Haystack is an open standard there is no cost for using the tagging libraries and open source reference implementations. There are already tens of thousands of buildings that already have their data haystack tagged but this is just the beginning of this highly significant shift in how building operators handle the many sources of data flowing daily from their building portfolios.

The future for the buildings sector will be based on open systems using a tagging standard connected via IP networking and IT-derived messaging standards, with hardware largely independently available from the software that provides the application. Proprietary hardware and software which requires intensive system engineering and locks-in the customer to maintenance and upgrade contracts will be consigned to the past. In its place will be open framework software that “glues” multiple devices and systems together, with largely automated configuration processes.

In time and with collaboration across the industry, Project Haystack will unlock the real value of data being created by our smart buildings.

A session on Haystack Tagging in Legacy Building Upgrades will be presented by Jeremy C. Wolfe of J2 Innovations at the 2021 ASHRAE Virtual Design and Construction Conference on the 8-10 March 2021.

Sessions will be available on-demand for one year post conference

Co-Founder and Co-Chairman of the CTA Awards. HVAC and Security Sales Engineer and Integration Consultant with over thirty years of industry experience.
All Posts »
PrevPreviousEpisode 390 ControlTalk NOW features “Moving forward with Relevance.”
NextRLE Technologies Webinar February 25th, 2021, 09:00 AM MDT: When is Wi-Fi the Right Monitoring Solution?Next