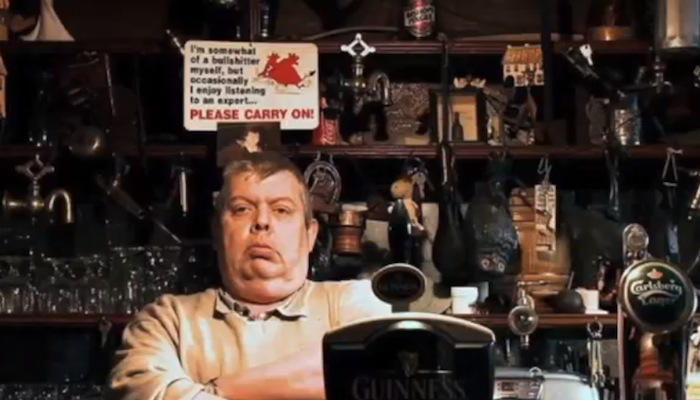 What do Jimi Hendricks, Mad Mike Marston, and saving energy have in Common?

They all know Brian Anderson from Commtech Asia. On this episode of BAS Control Pub Talk with Mike Marston, Mike introduces us to the fascinating Brian, as they talk controls, rock and roll, and check out chicks in Thailand.

Here is a bit of Brian’s history:

Brian left school at 16 in 1961 and became a drummer in many several rock bands, playing rock an roll for over 2 decades. To put this in perspective 1961 was the year that Mike was born. Mike, how come Brian looks so young? Speaks well of the after effects of over 20 years of S__, D__-s, and Rock and Roll.

Brian was taught to play by Jim Marshall in Hanwell UK near london. He is famous now for the Marshall Amplifiers that you see on many stages.

Brian met and hung out with many new musicians through out the sixties like Jimi Hendrix. Drummer Mitch Mitchel,like Brian, was was also a student of Jim Marshall. Brian also worked in the Marshal Musical instrument shop.

His good friend Kenny, was Joe Cocker’s drummer. Kenny worked in the betting shop ( did he know the Krays?) next door as a settler ( the muscle) and often borrowed Brian’s drums when his weren’t available. The list of characters, Brian met goes on and on. Brian met his first wife while having a beer with one really Ian Pace the drummer for Deep Purple fame was having a beer with Brian….Smoke on the Water….

He joined Satchwell Control System UK in 1975 as Project manager and was involved with hardwired scanner systems until 1980 when Satchwell released its first real networked BMS. It had two 8 inch floppy drives but changed to a 5MB Winchester hard drive in 1981.. Yes 5MB, not big enough for a Jpeg now.

He met Mike in 1979 at Satchwell where Mike was in the sales department.Brian moved to Thailand after spells in Hong Kong 1991-92 and Singapore 1992-96.
Brian introduced Mike to Thailand. Mike would come and stay with Brian, getting to know the country and the women. Mike finally moved to Bangkok where he has put down roots.

Brian was involved in one of Mike’s first projects. In 2006,CareFour of France, did a project in Thailand, which included 22 BMS Energy Systems. Brian used EasyIO controllers. With assistance from the team from EASY IO including Gordon, Lim, and Mike they wrote a chiller control sequence, and got the DDNS systems on line and connected to the Internet. All 22 systems were implemented in one year, aprox. 1 store every two weeks, Installation, software and handover!

Since then, Brian and Mike have been involved on many projects. Mike is never too busy to help via Team Viewer any day, at any time, and from any place.

As you can see from the video Brian appreciates Mike’s passion and dedication.

They often meet for breakfast in the Robin Hood in Bangkok, to just have a chat and discuss the latest ideas and products. The last time they met, Mike pulled out FG32 and a wireless sensor, and did a demo in the pub!

Brian concentrates on providing Energy Saving systems,and energy saving strategies. A recent client, Vattanac Tower in Phnom Penh, had 5 chillers, 3,000 VAV boxes and more than a 120 AHU’s and PAU’s. Brian saved the owner 35% of the total energy bill of US$100,000.00 per month. In addition 50% of the cooling cost was reduced.

Brian works with Commtech Asia, a specialist commission company based in Hong Kong. Brian proves that Rock and Roll and BAS controls go together. Great job Mike, thanks for introducing us to Brian.

Eric has been in the controls industry since 1979. His passion for controls and the desire to provide an easy way for HVAC professionals to keep up with the rapid changes in controls technology inspired him to create Controltrends.
All Posts »
PrevPreviousSmart Buildings: Silicon Valley Delivers Data-Driven Office Space
NextHans Kranz, Fabled Controls Wizard from Landstule, Germany, Inducted into ControlTrends 2015 Hall of FameNext