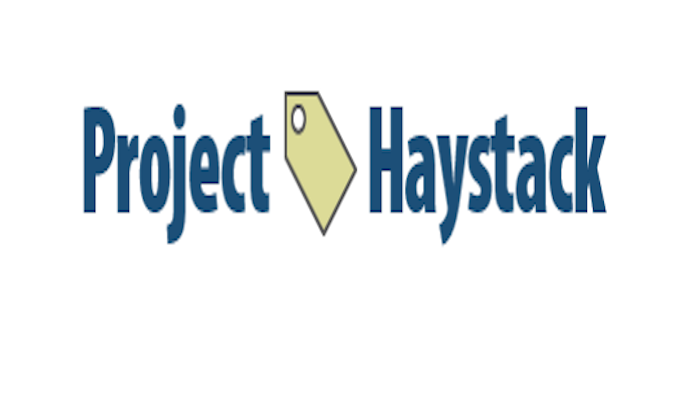 RICHMOND, VIRGINIA, March 15, 2016 — The Project Haystack Organization (www.project-haystack.org), a collaborative open-source community addressing the challenges of utilizing tagging and semantic modeling to streamline the interchange of data among smart devices and software applications, today announced two new publications supporting the organization’s work. The first, a “Project Haystack” white paper, has been published in cooperation with the Continental Automated Building Association (CABA). The second is the inaugural issue of “Haystack Connections”, the new Project Haystack E-Zine.

Both publications provide insight into how the Project Haystack methodologies are helping organizations unlock the value of data by making that data self-describing through the use of metadata tagging. The amount of data created by equipment, systems and devices has exploded in recent years. Today’s automation systems and smart devices produce tremendous amounts of data. This data, however, can be very hard to organize and use across different applications because it is stored in many different formats, has inconsistent naming conventions and very limited data descriptors. Data lacks information to describe what it means. Without meaning, a time-consuming manual effort is required before analysis and value-creation of the data can begin. Without proper analytics, this data is not useful.

The core challenge is to make equipment, system and device data self-describing so that it can be easily used in a wide variety of applications and delivered it to the right person at the right place in a way that it can be easily consumed. The work of the Project Haystack organization directly addresses this challenge with open-source tools and tagging libraries available for use at no cost.

“Many companies struggle with data, despite their best efforts, because data is very hard to organize and use across different applications. These two publications will provide much insight into how the Project Haystack methodologies help address these issues,” said Marc Petock, Project Haystack, Secretary.

“The release of these two publications is another important step towards demonstrating the growth of the Project Haystack methodologies and community. Project Haystack has emerged as the most complete, flexible and comprehensive metadata solution for building, energy and smart device data. Today it is used in thousands of buildings around the world,” added John Petze, Executive Director of Project Haystack.

A complimentary copy of the white paper is available at: http://caba.org/CABA/DocumentLibrary/Public/Project-Haystack.aspx.

A complimentary copy of Haystack Connections is available at: http://project-haystack.org/download/file/Connections-Issue-01.pdf.

To join or for more information on the Project Haystack organization, visit: www.project-haystack.org.

Since its formation in 2011, The Project Haystack organization (a 501c non-profit trade association) has grown tremendously, providing the industry with an open-source, collaborative environment where people work together to address the challenge of utilizing semantic modeling (also known as tagging) to make data self-describing and thereby streamlining the interchange of data among software applications. The community has developed a flexible, extensible data-modeling approach and standard models for common equipment systems. The standard includes detailed documentation describing the data-modeling techniques, significant libraries of consensus-approved equipment models, and software reference implementations to enable software applications to easily consume smart device data that is “marked-up” with Project Haystack data descriptions.

The work developed by the Project Haystack organization and community of supporters, is streamlining the process of managing, presenting and analyzing the vast amount of data produced by smart devices and equipment systems, and the techniques can be used with virtually any type of system data. The organization’s work is not tied to any one vendor or communications protocol. More information is available at www.project-haystack.org.

Eric has been in the controls industry since 1979. His passion for controls and the desire to provide an easy way for HVAC professionals to keep up with the rapid changes in controls technology inspired him to create Controltrends.
All Posts »
PrevPreviousJ2 Innovations: Bringing Equip and Points from Niagara into FIN Stack!
Next2015 ControlTrends Awards Red Carpet Interviews (Caution: Superstars and Super Heroes Entering Stage Right and Stage Left)Next