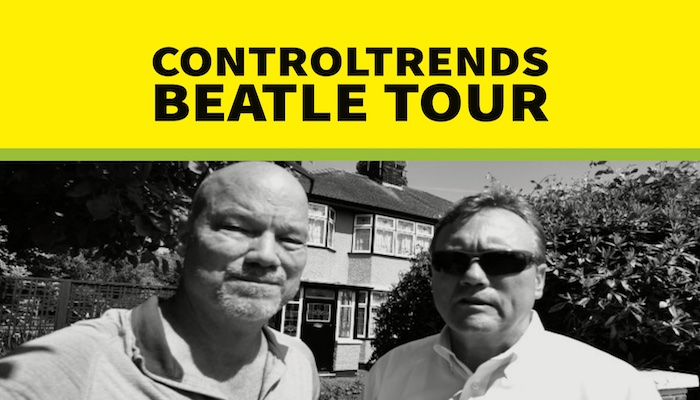 Since it’s the 60th anniversary of John Lennon and Paul McCartney teaming up, we thought we’d give this most appropriate post another play.

Join us as we celebrate the Beatles and stretch our Liverpool experience into what’s happening in the Smart Building Renaissance. What’s exciting about the Beatles is that they took different styles of music and made it into their own thing — that was something new, and incredible, and thrilling. As more companies get behind the idea of the Smart Building Renaissance, we will continue to see new players reordering different approaches to the variety of buildings that make up our industry with new technologies.

Congratulations, once again to EasyIO on a fantastic and successful Global EasyIO Partner Event as they delivered on all fronts: Great networking, entertainment, and above-all, the value-added additions made to their product portfolio; especially, the FS-32 and new wireless controllers with next-gen applications.

ControlTrends followed John Lennon and Paul McCartney for a short while through the streets of Liverpool, chasing down the names and places that we’ll never forget. Yet, the Beatles phenomena was that made of a team, and without George Harrison, Brian Epstein, and Ringo Starr, they might have never reached critical mass.

How the Beatles Are Influencing the Smart Buildings Controls Renaissance from Eric Stromquist on Vimeo.

One another note, as our industry moves forward, with non-traditional companies like Intel, Dell, or whomever, perhaps playing the figurative role of Lennon and McCartney, recording the new hits, not exactly of our industry, this recent experience has allowed us to better appreciate the really great accomplishments of control companies like Honeywell, Johnson Controls, Siemens, and Schneider Electric and the many others — who have made the comforts that we take for granted the world over, so routine and possible. Not to insinuate that they aren’t every bit in the future mix!

Co-Founder and Co-Chairman of the CTA Awards. HVAC and Security Sales Engineer and Integration Consultant with over thirty years of industry experience.
All Posts »
PrevPreviousWomen in HVACR — Seats for 2017 WHVACR Conference Filling Fast! REGISTER TODAY!
NextFearless Phil Zito’s How to Communicate with IT WebinarNext