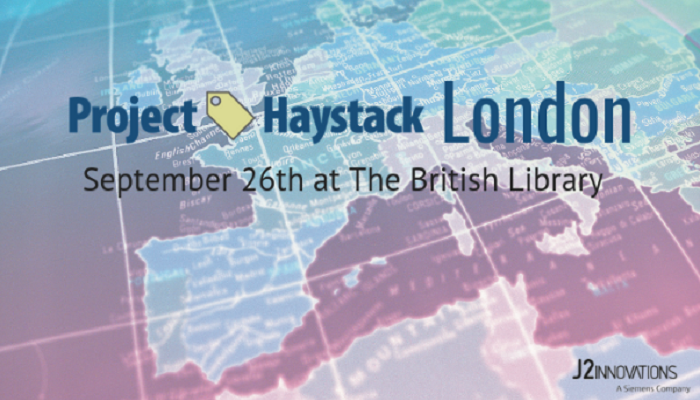 Project Haystack is an open source initiative to streamline working with data from the Internet of Things.

As the IoT becomes more prevalent, data management is becoming more and more central to those responsible for the efficient and productive operation of building portfolios. There is so much data available from today’s building systems and related applications, that the organization of such data is of critical importance. Project Haystack is the most widely used open standard that seeks to address this issue.

Following the success of the recent Haystack Connect conference in San Diego, J2 Innovations has partnered with Project Haystack to help organize the first European event. The goal is to raise awareness of the vital importance of semantic tagging and data modeling for the management of buildings.

This one day seminar will bring together people who are already actively involved in Project Haystack with others who want to learn more about Project Haystack and its implications for system and application specifications.

The seminar will run from 10.30 until 16.00 with a series of educational talks covering the basics of semantic tagging and data modeling, as well as details about the new Haystack 4 standard, which is currently out for public review. There will also be opportunity for discussion and networking.

What is Project Haystack?

Project Haystack is an open source initiative to streamline working with data from the Internet of Things. Here’s a great introductory video.

Haystack Europe will take place on Thursday, September 26th at The British Library and is FREE to attend.

Chris joined J2 Innovations in October 2018, to develop J2’s sales in Europe, the Middle East and Asia. Chris comes with a wealth of experience in the building automation market and with skills in strategic business development and strategic marketing. Chris spent 12 years developing Tridium’s open framework business in Europe so he is excited to now be working with the next generation product. Chris is passionate about simplicity, energy saving, renewable energy, and electric transport.