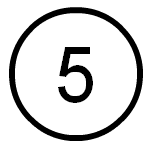 1. The Energy Department will present a live webinar titled “The Buildings Performance Database: The Power of Data” on Tuesday, August 6, from 4:00 p.m. to 5:00 p.m. Eastern Daylight Time. The webinar will offer an overview of the Buildings Performance Database goals and design principles, a live demo of the database, information on how to contribute data, and a question and answer session. Pre-registration required.

2. SmartPlanet Daily reports that Saudi Arabia is building a massive $22 billion metro to cut oil use: Imagine if all 6 million people in the Washington, D.C. metropolitan area drove everywhere. Without the metro and bus systems there would be massive gridlock (way more than there already is). That’s Riyadh, the capital city of Saudi Arabia, where only 2 percent of the population uses public transportation. But that’s all about to change. The city is building a massive $22.5 billion metro system — the first in the city — consisting of six lines that stretch a total of 110 miles (about the size of D.C.’s metro). One of the reasons? A seemingly surprising one for the world’s largest oil exporter, Reuters reports.

C-Level Executives Lack Confidence in Their Cybersecurity ThreatTrack Security recently published the results of a study that reveal broad concern among enterprises about the vulnerability of their systems against cyber attacks. More than two-thirds of executives are concerned their companies will not be able to stop such threats, and one in five say their biggest concern is not knowing whether an attack is under way.

4. VoicesOn: Harness the Power of Data Visualization to Transform Your Business. Data underpins the operations and strategic decisions of every business. Yet these days, data is generated faster than it can be consumed and digested, making it challenging for small to mid-size organizations to extract maximum value from this vital asset. Many decision makers –whether data analysts or senior-level executives –struggle to draw meaningful conclusions in a timely manner from the array of data available to them. Reliance on spreadsheets and specialized reporting and analysis tools only limits their flexibility and output. After all, spreadsheets were not designed for data analysis.

5. OpenADR Alliance Announces “Growing OpenADR Interest In Asia.” MORGAN HILL, Calif., July 30, 2013: The OpenADR Alliance, a nonprofit corporation created to foster the development, adoption, and compliance of the Open Automated Demand Response (OpenADR) smart grid standard, today announced that a highly successful interoperability test event and workshop was held in Japan followed by the execution of a Memorandum of Understanding with the Korea Smart Grid Association (KSGA). The significant support for OpenADR 2.0 in these countries underscores the growing global momentum behind OpenADR.

“Our progress in Japan and Korea demonstrate strong interest in the OpenADR 2.0 standard outside of the United States,” said Barry Haaser, managing director, OpenADR Alliance. “The OpenADR Alliance is laying the foundation for global adoption of this important standard for automated demand response.”

More than 30 engineers representing 12 member companies attended an interoperability test event in Tokyo on June 21st hosted by OpenADR test partner Intertek. Participants tested OpenADR 2.0a & b server and client implementations, including the low-latency XMPP transport and high security features. The OpenADR 2.0a standard represents the simplest version of OpenADR and was approved and released for general use in August 2012. OpenADR 2.0b released earlier this month, adds enhanced capabilities. The tests are designed to refine the OpenADR standard further and increase its ability to lower the cost, improve the reliability, and accelerate the speed of automated demand response (AutoDR) implementations. The OpenADR Alliance is planning another interoperability test event in Japan in September. Over 40 companies attended a one–day workshop following the test event.

Co-Founder and Co-Chairman of the CTA Awards. HVAC and Security Sales Engineer and Integration Consultant with over thirty years of industry experience.
All Posts »
PrevPreviousLynxspring Live Podcast: The Destiny of Intelligent Buildings
NextControlTalk Now For The Week Ending August 4, 2013Next