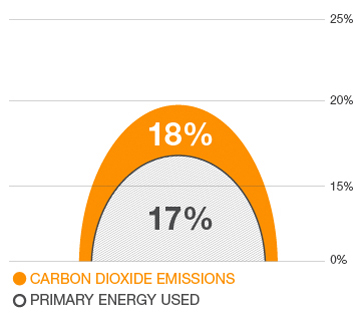 Lighting accounts for 17% of primary energy used in commercial buildings and almost 18% of their carbon dioxide emissions, according to the U.S. Department of Energy’s (DOE) Building Energy Data Book. LEDs and Specification for Parking Lots may now lighten energy load.

LEDs have been shown to save energy in limited applications, but are they ready for wide-scale adoption? Walmart responds with a resounding “yes.”

Background: To validate the energy and cost-savings potential of LED lighting for retail parking lots, Building Technologies Program (BTP) collaborated with industry members of the Retailer Energy Alliance (REA). One of BTP’s Commercial Building Energy Alliances (CBEAs), REA has active retail members of all sizes from across the United States including Target, Whole Foods, and McDonalds.

Walmart leverages its size and distribution network to drive energy efficiency throughout its operations and into its supply chain, making it a major force for sustainability and energy savings in the retail sector. The company has been opting for LED systems over high-intensity discharge (HID) lighting in non-domestic locales with significantly higher energy costs than in the United States.

“Because electricity is the number two operating expense in almost every one of our [Walmart] stores around the world, we need to focus on efficiency and reducing energy use, particularly from lighting. This is a great example of putting powerful research into action for impactful results.” Charles Zimmerman, Vice President of International Design and Construction, Walmart.

In terms of energy savings, Walmart’s senior mechanical, electrical, and plumbing (MEP) systems engineer, Ralph Williams, states “Walmart expects LED parking lot lights to reduce energy needs in its parking lots by more than 50%, delivering average energy savings of over 125,000 kWh a year per site. The energy savings is the equivalent of the energy consumed by 11 American households annually.”

Both BTP and Walmart enthusiastically agree the project proved the Specification works in the real world. The positive financial impact of deploying the Specification at the Leavenworth, Kansas, site impressed Walmart management, commented Williams. As of January 2011, the organization plans to incorporate LED parking lot lights into all U.S. approved new construction sites in compliance with the specification. Since January, Walmart has planned for over 225 new sites to include LED parking lot lighting.

Walmart’s adoption of LED parking lot lighting generates industry-wide savings. Due to the sheer scale of the global company, Walmart’s commitment to LEDs will drive down the cost of the technology— good news for all commercial property operators and owners who want to save energy and money.

Co-Founder and Co-Chairman of the CTA Awards. HVAC and Security Sales Engineer and Integration Consultant with over thirty years of industry experience.
All Posts »
PrevPreviousAurora – AX Wireless Sedona Training
NextTeco-Westinghouse’s Tom Tener on the Red Carpet at the 2012 ControlTrends AwardsNext