The Nest Thermostat, The GOOD, The BAD, and The UGLY — Take Two! 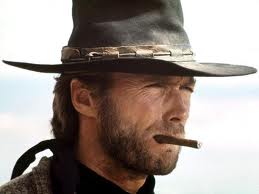 This comment was posted February 8, 2013 by a ControlTrends Community member that signed on as Murray. Murray’s post was so well written and contained such valuable experiential content that it warranted its own blogline. The original “The Nest Thermostat, The GOOD, The BAD, and The UGLY” blog ran June 5, 2012, and continues to be one of the most relevant and widely read ControlTrends Blogs with thousands of readers. This post will keep the thermostat fires burning for sure!

The World of Thermostats According to Murry:

“I am a homeowner who purchased and installed a Nest thermostat. I am also a self professed gadget addict and computer nerd. I became interested in a new thermostat following an emergency replacement of my gas furnace over the christmas holiday. The gentleman who handled the changeover was a local professional with over 20 years experience and a great reputation in my town. I was not disappointed when my 20+ year old gas furnace was replaced with a modern 95% efficiency 2 stage variable speed unit.

Being a geek (30+ years software engineer), I have an integrated automation system in my home tied to the thermostat, security system and lighting controls. The HVAC professional was unfamiliar with the thermostat (an HAI RC80 single stage communicating) which didn’t surprise me since this is a very small niche market. He assured me that I could keep the stat and set the furnace to control the staging, which was the way all of his installs were configured. He indicated that he could sell me a $400.00 VisionPro (!!!) thermostat, but that it wouldn’t be worth it. He didn’t recommend 2 stage thermostats as they are unnecessary complexity.

That struck me as strange, so I went to the internet to research the “state of the art”. I concluded that I needed a 2 stage thermostat, and that it would be worth forsaking the smart phone control that I had , for “smarter” management of the 2 stage heating for a more comfortable home.

You cannot google for thermostat information without being absolutely barraged with all the glowing press and positive reviews surrounding the Nest. The only ones it seems who don’t like it are the professional HVAC people, and Honeywell. That makes it really tough to make an objective decision. The important stuff to me is:

SmartPhone access. Saved me a lot of grief because I only knew about the failed furnace though a text message I got from my automation system. I was out of town for the holidays, and this little message saved me many dollars of damage by informing me of the low temperature situation before it became a disaster.

2 Stage heating management. The house should be more comfortable by using the low fire longer by distributing the heat longer and more evenly.

3. all the other programming features everyone takes for granted now.

Cool ‘gadget’ features are a plus, but not strictly necessary. Integration with other systems is nice too.

There are actually only a handful of devices that fit that bill, and I chose the Nest based on the glowing reviews, ready availability from Home Depot and their generous return policy that would allow me assess it’s suitability with relatively low risk. Plus it is the ‘coolest’ looking of all of the devices. After one month, my impression is:

It does NOT save me money. I have used setback programming for a long time.
‘Learning’ a schedule takes longer and is more error prone than simply setting up a schedule.
It does not have any ‘hold’ feature, never mind a ‘hold until’ as the Honeywell does.
It supports humidifier OR dehumidifier, but not both.
It uses the internet for outdoor temp. Not a sensor. That is often out by 5 or more degrees (C). Non-Pro Honeywell stats have no outdoor temp sensors either.
It does not have fan circulation modes or schedules. Neither do non-Pro Honeywell.
It does not support HRV operation. Neither do any non-Pro Honeywell.
Automatic Away mode only works if the stat is located in a high traffic area. Not the case in my home. I had to disable that feature, because it kept turning my heat down, thinking I was away.
Setback recovery is not very smart. Limited to one hour preheat time which is not enough to recover a large setback (6 degrees C). Also runs low fire for more than an hour before turning on high fire, arriving at target temperature 30+ minutes late.
Hard to read. actual temperature is tiny and hard to find. Those large numbers are the setpoint, which most people already know.
Unreliable without a ‘C’ wire. I have one, so it was not an issue, but I would not consider using anything beyond a basic cheap stat without one. Honeywell at least comes right out and states that the ‘C’ wire is required. Many other folks have found out after the fact that they needed one.
I like the energy reports, but it costs what it costs to keep the home comfortable.
I do like the look of it. It is the nicest looking of all.

In the end, I returned the Nest for $250 and replaced with a Honeywell wifi (8580) that was on sale for $110. It gives me everything I was getting from the Nest except for the cool looks and the energy reports. I can live without that for $140, and I get the ‘Hold until…’ feature for less money. It still is not the system I wanted to put in, but it serves my current needs.

I believe Nest will address most of their issues at some point, but I am not going to wait on features that may or may not appear at some unknown time in the future. I live in the software industry so I know about feature promises, design priorities and the obstacles to timely mass releases. So I did not drink the ‘Nest Kool-aid’ for now, but I may return depending on how things unfold in future.

Still, it does give us a glimpse of the tremendous possibilities that lay ahead. It has made an impact on the industry and the marketplace and should open our eyes to the changing landscape. I believe Nest has captured the imagination of the public more than anything, and that it is well within the realm of the ‘major players’ to do likewise.

Knowing what I know now, my first choice would be a Honeywell Prestige IAQ comfort system with Redlink gateway, and I would pay more than the price of a Nest for it, but I would not have known of it’s existence were it not for the exhaustive research I had undertaken on my own. Nor do I want to pay $600+ (assuming based on $400 for the most basic VisionPro) to a contractor just because it is the only place I can get it. I will gladly pay the contractor for his time and expertise should I need it, but not the much higher markup that goes along with getting a better control system. Nest is successfully infiltrating this void in the market, and taking a (slightly less) sizable markup along with it.

Nest has proven that homeowners can and do successfully install their own thermostats. It is technical, but it is not Rocket Science. HVAC design, installation, maintenance, troubleshooting, and repair IS rocket science (to me anyway), and is rightly the domain of the trained professional.

There is already a glut of low end and mid level stuff in the big box DIY stores. Why can’t we buy better stuff there too? Are we all incapable of handling it?

If you are still reading this, I want to thank you for letting me vent.”

Well done Murray — and thank you for sharing your diligent insights!

Clint, not his real name, is an independent contributor to Controltrends. He chooses to remain anonymous and demands complete autonomy in his blog "The Good, The Bad, and the Ugly." He is a straight shooter and his views are not necessarily the views of Controltrends
All Posts »
PrevPreviousSeãn Johnson at the AHR Show
NextEasy I/O’s Mike Marston on the Red Carpet at the 2012 ControlTrends AwardsNext