Being The Patsy: The Good, The Bad, and The Ugly 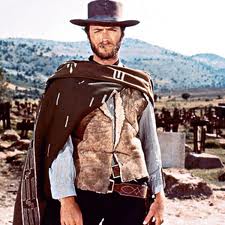 GOOD: It was the middle of July and business was slow. Our dry spell was broken when one of our best customers was awarded a large order that brought with it, new and foreign verbiage. Highlighted on their purchase order in bold red print for effect, was the statement that their terms to us were 60 days net.

BAD: This was a good customer! The concept of systems job pricing left our industry two regimes ago; outright financing was never factored into the competitive pricing we quoted; and being genuinely surprised by this maneuver, the best and worst of our soured business brains and opinions surfaced as we reacted to an ultimatum style order that imposed 60 day terms (which, really meant 90 days). Could we, and should we, deal with the potential consequences — and the margins were already strained.

UGLY: Sometimes, I have to wear the selling and collecting hat — in the same day, which makes for a high-temple migraine. The automatic impulse to take such an order was bridled by the reality of business under duress.

I insisted with an immediate meeting with the principal to learn as much as I could and share the color of our grass, which was as much yellow as it was green. We began by regressing to a date some twenty years back, when we both got into this racket. That’s why he felt obligated to do as much as he could to keep things running as smoothly as possible between us. He knew we wouldn’t like financing. That was why he willing to finance 60 days himself. His customer was essentially our customer, and they were going to pay him in 120 days! Lo and behold, this customer that was stringing him over the 120 day barrel was the same manufacturer that was goading us for sales; marshaling our account with unforgiving austerity; and, as a matter of nefarius corporate policy, pays their own bills in 120 days!

Remember all this, the next time this perfectly smiling entity walks into your office. They have displaced as much of their overhead onto your shoulders, and now control the selling and buying ends of the equation. They are content with the arrangement, with their select team of gracious horses: the select distributors, who run the specification and logistic gauntlet, and the select contractors who install and service their products — all of whom, will be fed and watered 120 days later! It is a true blessing these entities are not in the company store or company mortgage businesses, but wait, they are still growing! The risk of becoming Too Big to Fail is unlikely because these guys and gals aren’t taking any business risks!

Let’s review. The manufacturers that sell the products demand payment in thirty days or less, while the distributors and contractors, who can least sustain the waning margins and terrible credit terms, buy, install, and carry all of the risks. But wait, why is that okay? Well, distributors and contractors can fail and be replaced rather easily. Like P.T. Barnum is credited with saying (though he did not say this), “There’s a sucker born every minute.”

Control manufacturers — level the credit playing field! If you are going to pay us in 120 days, then we should pay you in 120 days. No bank, no bookie, and certainly, no controls manufacturer in the world would accept such a one sided credit deal.

We know this is a problem — let’s get it solved! Where are our industry champions — like HARDI and Controls Group North America? We know the first step to change is to get some facetime and talk about it openly. Post your thoughts, ideas, and concerns in comments. This is Clint saying, “If you don’t know who the patsy is in a poker game, you are the patsy. We have been dealt the low hand and have been pasties too long.”

For those reluctant to post, we want your opinions, knowledge, and experience — not your identity. Get yourself a ControlTrends handle and POST!

Clint, not his real name, is an independent contributor to Controltrends. He chooses to remain anonymous and demands complete autonomy in his blog "The Good, The Bad, and the Ugly." He is a straight shooter and his views are not necessarily the views of Controltrends
All Posts »
PrevPreviousHoneywell Introduces the TH8320WF1029 WI-FI VisionPro
NextMarshall Thurbers Success Secerts for the 21st Century Part 1Next