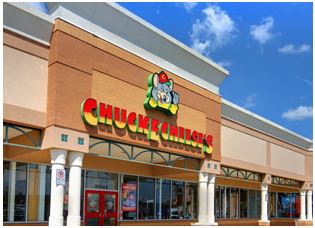 EnTouch is coming to a mall near you! With its recent funding firmly in place, EnTouch will now have the resources to aggressively compete in the light commercial building space. The EnTouch Energy Management System combines the look and ease of a modern, user-friendly thermostat with the control, monitoring, and energy management capabilities of a system. Restaurants and retail chains need energy efficiency, too! And EnTouch Controls will continue to meet that need — on a national basis with the $8.25 million in Series B financing secured to expand its small commercial energy management offerings.

As energy efficiency offerings proliferate for large companies and individual homes, small businesses are largely the forgotten middle. EnTouch has quietly been building its customer base for the past two years, primarily focusing on chain restaurants. Earlier this year, Green Mountain Energy began offering EnTouch Controls as a standard part of its offering geared toward new small business customers in Texas.

The EnTouch cloud-based energy management system includes a touch-screen wireless thermostat that controls and monitors HVAC, with the ability to control large loads on the circuit level. There is also a web portal for owners to do data reporting and set up alerts. For customers that don’t have the time or staff to crunch numbers, EnTouch recently began offering a monitoring service, in which more than 90 percent of current customers are enrolled.

Restaurants and quick food chains, such as customer Chuck E. Cheese, are a good target market because they tend to have high energy costs per square foot. Chains, both restaurant and retail, also offer the opportunity to sell at an enterprise level rather than one location at a time. The U.S. Small Business Administration estimates that small businesses spend $20 billion annually on energy costs.

The financing was led by SJF Ventures and included new investor NRG Energy, Inc., which owns Green Mountain Energy. The initial investor, Trailblazer Capital, was also involved in the Series B. Trailblazer had previously invested $2.5 million in 2011. About one-third of the round is an expanded debt facility from Comerica Bank’s Technology and Life Sciences Division.

“We started zeroing in where there is waste, but where there’s not as much competition,” said David Kirkpatrick, managing director and co-founder at SJF Ventures. “[EnTouch] is fairly non-invasive and generates some immediate savings.”

Kirkpatrick and SJF liked the ease of installation and the price point of EnTouch’s solution. SJF has installed the hardware in its Durham offices and felt that the ease of use was as advertised. Kirkpatrick added that most customers were seeing a payback period of less than one year, which made it a no-brainer. In a previous interview, Greg Fasullo, CEO of EnTouch, said that for an average-sized restaurant with about five zones, purchasing and installing the system cost about $4,000.

Another selling point is not the bottom-line savings, but the system’s ability to help chain managers monitor rooftop HVAC units and prioritize upgrades in a business with slim margins. “There’s ongoing business intelligence,” said Kirkpatrick, which can help facility managers evaluate basic retrofits, such as LED lighting.

For busy managers, EnTouch’s software-as-a-service can alert them to anomalies so that they don’t need to spend hours looking for problems in dashboards for dozens or hundreds of locations. Monitoring service is an additional $50 to $150 per month, depending on the size of the location. “One of the clear things we learned is that there’s a value proposition around managing the infrastructure,” said Fasullo. “It’s been one of our growth drivers.”

EnTouch will use the new funds to expand its energy management analytics and load curtailment offerings. While Green Mountain is using EnTouch as a way to gain new small business customers, other utilities might want to offer the product as a carrot to entice small businesses into demand response programs in the future. Many utilities would love to further engage the small business community in the domains of demand response and energy efficiency programs, but it has historically been incredibly difficult and expensive to build and administer programs for small businesses.

Most of EnTouch’s business comes from chains, but it is also working with some HVAC suppliers to be a solution for single-location small businesses. “The EnTouch Controls team continues to expand on its managed service offerings for national chains, and customers are responding by increasing from single-digit store deployments to triple-digit store deployments,” said David Matthews, managing partner at Trailblazer Capital.

Although small businesses don’t get the attention that the larger sectors of commercial, industrial or residential energy efficiency are typically afforded, there are a few other players with offerings specific to this sector, such as Powerhouse Dynamics, Sprint, and SCL Elements.

Chain restaurants comprise the majority of EnTouch’s business, but the company also has many retail customers and increasing numbers of big-box store chains signing up. The Texas-based startup also serves schools and small offices.