LOCK UP Gas Regulators: What You Need to Know

The question of Lock Up verses IRV (Internal Relief Valve) gas regulators has been brought to my attention several times lately so I thought I would try to explain these type regulators to all our readers better. 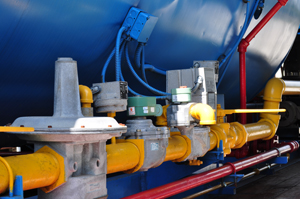 Be sure to check out these gas pressure regulator training videos:

How a Gas Regulator Works. we actually take a gas pressure regulator apart so you can see exactly how a regulator works.

Over 35 years in the controls industry. Mr. Jones, Mr, Jones, Mr. Jones has a good thing going on... and lovin' it. Avid photographer, motorcyclist, and antique motorcycle restorer.
All Posts »
PrevPreviousGreen Marines Battle Cry! Sun OUT, Light OFF! The Sarah Connor Control Chronicles
NextWhen Great Leaves Fall, the Winter is at Hand. The Good, The Bad, and The Ugly.Next