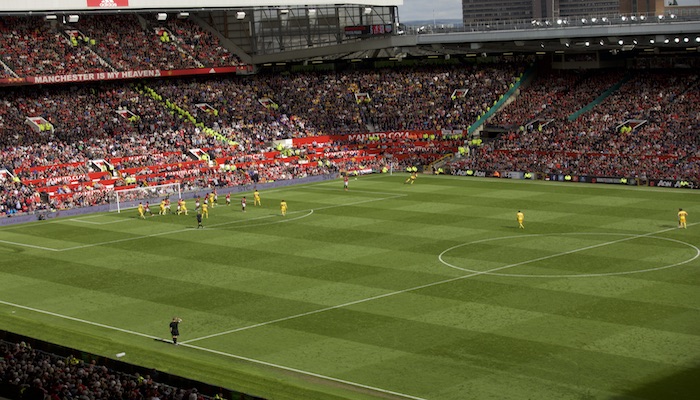 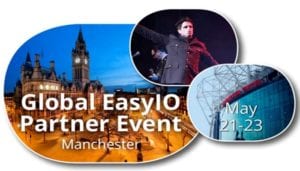 EasyIO’s origins and its global growth are success stories worthy of review. The authors of those EasyIO success stories are long-standing, well-recognized industry experts, now writing the newest best sellers in buildings automation industry — and ControlTrends is here in Manchester UK, to bring the message home.

Historically, EasyIO has overcome every industry barrier in its way, applying the financial resources, fleet-minded innovation, and quick implementation of the newest technology to earn its stripes in the market place, and now — EasyIO is setting many of the new standards of controller performance. In the beginning, EasyIO brought, both the soil and the fertilizer (and the sweat) needed to cultivate adoption of their hardware and software solutions business. Now, EasyIO is prepared for global implementation — yet, its greatest strength, is its growing support team in a market near you.

The 4th EasyIO Global Partner Event EasyIO opens with a little bit of fun with many of its partners at the Manchester United football match. A warm customer-centric environment goes a long way in kindling a sustained commitment with its partners. And, what better place to have this experience than a global convergence in Manchester, UK, the cradle of the industrial revolution.

Here’s a couple of Manchester, UK, did-you-knows: the Industrial Revolution began here in July 1761. Once dubbed “Cottonopolis,” Manchester grew to become the center of the world’s textile industry. EasyIO has us all very excited about the new pace-setting, first-ever products to be featured this week. Not surprising, Manchester has been home to many extraordinary firsts, one of which was Ernest Rutherford winning the 1908 Nobel Prize for Chemistry for his work on radiation – the youngest person ever to do so – and is widely credited with first “splitting the atom” in 1919.

Alan Turing Deputy Director of the Computing Laboratory at the University of Manchester, and worked on software for one of the earliest true computers – the Manchester Ferranti Mark 1. During this time he continued to do more abstract work, addressing the problem of artificial intelligence; he proposed an experiment now known as the Turing test, an attempt to define a standard for a machine to be called `intelligent‘. The idea was that a computer could be said to `think’ if it could fool an interrogator into believing that the conversation was with a human.

Much in the spirit that EasyIO gives its Engineering Tools and On-line Video Training to the world, it should be known that Manchester opened United Kingdom’s first public library in 1653 and Chetham’s Library is the oldest public library in the English speaking world.

It’s where Rolls met Royce: Rolls-Royce Limited was created over a famous lunch in Manchester in 1904, when car salesman Charles Rolls met engineer Henry Royce at The Midland Hotel. The Silver Ghost, launched in 1907, was a car of legendary smoothness that completed a 14,371 mile virtually non-stop run, earning it the title ‘the best car in the world’.

It’s the birthplace of vegetarianism: A tiny chapel in Salford was the British birthplace of the meat-free diet over 200 years ago, with the unlikely named Reverend William Cowherd preaching the moral virtues of a vegetarian diet. Cowherd’s followers – the Cowherdites – went on to form the Vegetarian Society. The name of the church? The Beefsteak Chapel.