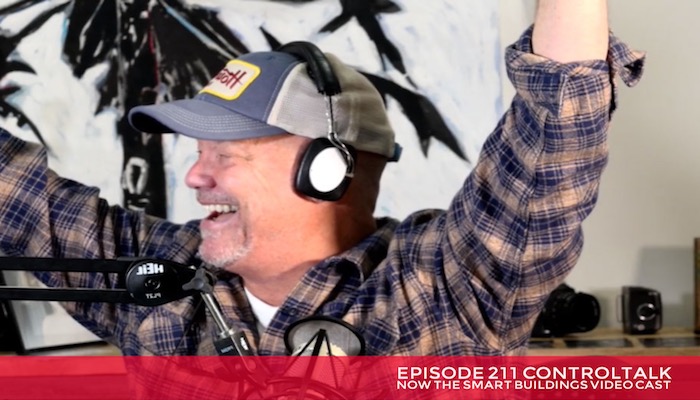 Episode 211: ControlTalk NOW — Smart Buildings VideoCast|PodCast for Week Ending Jan 8, 2017 features our interview with Ken Sinclair, owner and editor of Automated Buildings, who in his January, 2017 edition, continues his prescient insight into the future of our industry and talks about AB’s new Mission Statement to create a change in thinking and attitudes — and bringing satisfaction and comfort to the forefront as the new Measured Variables. Additionally, we review five more nominees for the 2016 Most Impactful Video category. Make sure to Vote for the 2016 ControlTrends Awards, which will be held at the Hard Rock Cafe, January 29, 2017! 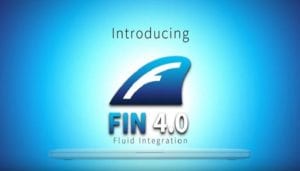 2016 ControlTrends Most Impactful Video of the Year: Introducing FIN 4.0. A lot has been going on here at J2 Innovations! We recently announced our game-changing technology FIN 4.0 along with exciting new FIN Certified Hosts platforms. Check out the video below to experience first hand how FIN 4.0 uses tagging, data modeling, and HTML 5 to fundamentally change our industry.

Energy Department Launches New Manufacturing USA Institute Focused on Recycling and Reusing Materials. As part of the Manufacturing USA initiative, today the Energy Department announced its new Reducing Embodied-energy and Decreasing Emissions (REMADE) Institute, which will be headquartered in Rochester, New York and led by the Sustainable Manufacturing Innovation Alliance. REMADE will leverage up to $70 million in federal funding, subject to appropriations, and will be matched by $70 million in private cost-share commitments from over 100 partners.

Ken Sinclair’s Automated Buildings January, 2017 Theme: “Our Assets are People, not Technology.” Don’t miss this prescient interview with Ken Sinclair. We might suppose that it was the relentless rays of disruptive IoT light recently shone on our industry, that inspired Ken Sinclair, owner and editor of Automated Buildings, to rewrite his Automated Buildings’ mission statement, entitled: “Be the Catalysis/Harbinger of the IoT Future of Building Automation.” Yet, the real focus of the AB’s January, 2017 edition is the concept that people are still our greatest asset, not technology. As Ken reminds us, “We need to focus instead on our only assets, our people who have all been through several technology shifts in their life. They have seen hardware evaporate into software and become data in the IoT cloud or processes acted on at the edge.” 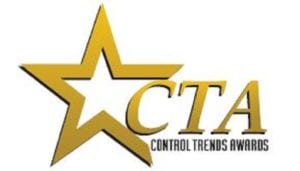 2016 ControlTrends Awards Details for Attendees. The 2016 ControlTrends Awards will be held on January 29, 2017 from 6:30 – 9:30 at the Hard Rock Café on the Las Vegas Strip. Please note that the Hard Rock Café is not part of the Hard Rock Hotel and Casino. The address of the venue is: 3771 Las Vegas Blvd S, Las Vegas, NV 89109. Please plan to arrive on time as we have a packed show this year that will kick off with a special treat, and you will want to be in your seat when it starts. If you have not voted yet, VOTE NOW! You have until January 19th, to cast your vote. 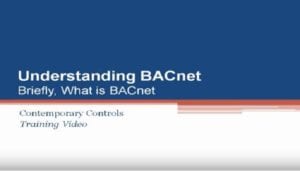 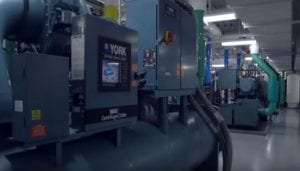 2016 ControlTrends Most Impactful Video of the Year: Johnson Controls Smart Connected Chillers. Monitor Johnson Controls Smart Connected Chillers performance from anywhere. With buildings consuming 47 percent of global energy and about half of that coming from chillers, keeping on top of chiller performance is critical, not just for efficiency, but for occupant comfort and productivity. New technologies that form the Internet of Things (IoT) are making it easier than ever to stay on top of chiller maintenance – with data available anywhere, remote monitoring and diagnostics allow service technicians to proactively tackle potential issues, making preventative care and maintenance scheduling easier than ever.

2016 ControlTrends Most Impactful Video of the Year: Schneider Electric’s SmartX Actuator MG350. The Schneider Electric SmartX MG 350 is the first NEW SmartX Actuator released globally. It is designed to control two and three-way globe valves in a wide range of applications. The MG350 SmartX Actuator is the platform for the future, acting as the foundation of both a SmartStruxure™ solution and SmartStruxure Lite solution. The critical information delivered by the actuator helps the BMS operate at optimal efficiency. 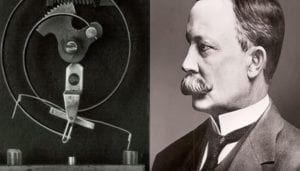 2016 ControlTrends Most Impactful Video of the Year: Johnson Controls, A New Evolution. In 1885, long before anyone talks about carbon footprints or climate change, Warren Johnson launches a company to explore new ways to harness and conserve precious energy resources. In doing so, he also launches a tradition of customer-focused innovation — a tradition that has inspired thousands of employees for more than 130 years and that continues to drive the success of Johnson Controls.

Co-Founder and Co-Chairman of the CTA Awards. HVAC and Security Sales Engineer and Integration Consultant with over thirty years of industry experience.
All Posts »
PrevPrevious2016 ControlTrends Most Impactful Video of the Year: Johnson Controls, A New Evolution
NextMeet Tridium’s New PresidentNext