ControlTalk NOW: The Smart Building Podcast/Videocast for Week Ending March 22, 2015. Join us for another ControlTalk NOW and another week of HVAC news featuring Trane’s deep dive into VRF; Inside the Winner’s Circle with Thermokon, Johnson Controls, and Delta Controls; Human error and Cyber Security; The use of Wearable Technology in the HVAC Industry is imminent; Rob Allen steals this week’s show with DDC training and coverage of Johnson Controls’s ABCS and Distributor Business Conference; and make sure to download Contemporary Controls’ free download gift to the HVAC Community: “Network Communications for Buildings.” 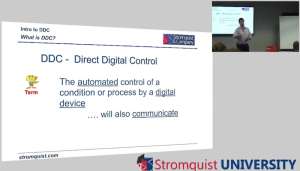 Live Event: Introduction to DDC Controls Part 1. In Part 1 of a Live Event DDC Controls, Rob Allen, Stromquist’s DDC guru gets the group up to speed on the basics of DDC Controls. This course was designed for control techs that are relativity new to building automation controls and as a review for more experienced DDC controls professionals. 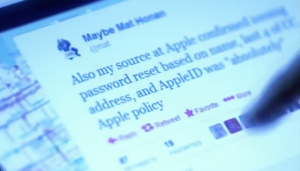 How to use Social Engineering to Hack into a System. Thanks to Fred Gordy from McKenney for sharing this video with us. Fred had told me that no matter how good your cyber security system is, the biggest loop hole and security threat is human error. Are you as disturbed as I am by just how easy it was for these teenagers to take over Matt’s digital life? Let me know what you think in comments.

Contemporary Controls’ Gift to the Industry: “Network Communications for Buildings” Free Download. March 2015 — The year 2015 marks our 40th anniversary of Contemporary Controls as a company, and as we reflect on this milestone, we cannot help but marvel at the technological changes that have impacted both the automation systems we produce as well as how companies are now doing business. We have witnessed the migration from standalone controllers to fieldbus-networked controllers to IP-based network controllers. The open-systems movement has helped smaller companies participate in markets once dominated by larger companies with their proprietary systems. 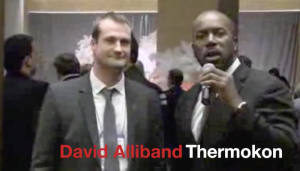 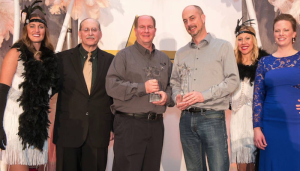 2014 ControlTrends Awards Best Technical Support Person – Large Manufacturer. Congratulations to Johnson Controls’ Greg Wilmer and Delta Controls’ Greg Holloway co-winners of the 2014 ControlTrends Award Best Technical Support Person of the Year — Large Manufacturer. It was with extreme pleasure to recognize these two most deserving and dedicated HVAC veterans — in such a befitting and exciting venue. Congratulations once again! 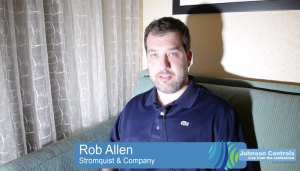 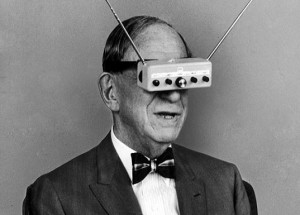 Wearable Technology in the HVAC Industry: Just Around the Bend. Explore the World of AWE. (Photo Credit: procore.com blog) While an increasing concerted effort to grow the HVAC industry young is under way, the need for immediate competent presence (ICP) won’t let HVAC to wait. Wearable technology, especially Smart Glasses adapted for the HVAC/Systems Integration markets, may extend the existing talent pool well enough to serve as the necessary interim measure.

Co-Founder and Co-Chairman of the CTA Awards. HVAC and Security Sales Engineer and Integration Consultant with over thirty years of industry experience.
All Posts »
PrevPreviousWearable Technology in the HVAC Industry: Just Around the Bend. Explore the World of AWE
NextJohnson Controls Business Conference Update: New Airflow ProductsNext