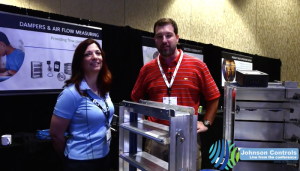 Johnson Controls Business Conference Update: New Airflow Products. Rob Allen and Nancy Yannuzzi discuss the requirements for monitoring the air flow into and within a building, which have increased over the years with the IAQ requirements for minimum ventilation of occupied spaces. There are two methods by which air flow is measured within a duct: Differential Pressure, which has been available since the days of pneumatic control, and Thermal Dispersion, which has been available about 10 years. Watch Rob’s video to learn more. 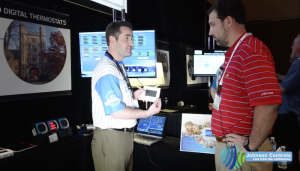 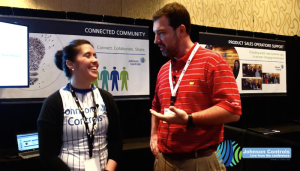 Rob Allen catches up with Heather Ausmus at the 2015 Johnson Control Business Conference and gets the latest on the Johnson Controls Connected Community website. As you will see, this is quite a tool and a wealth of information, and a place to connect, collaborate, and share with building efficiency professionals from around the world. 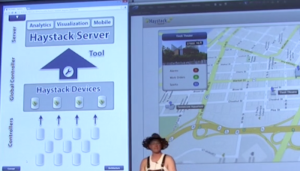 Project Haystack Announces Keynote Speakers for Haystack Connect 2015 Conference. Dennis Lottero of Vodafone, Jack McGowan of The McGowan Group, and Peter Kelly Detwiler of NorthBridge Energy Partners, have been announced as the Keynote Speakers for the second bi-annual Haystack Connect Conference 2015, to be held May 18-20, 2015, at the Cheyenne Mountain Resort in Colorado Springs. Project Haystack is a collaborative community of leading technology suppliers and systems integrators developing common standards to streamline the interchange of data. 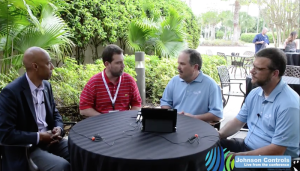 Johnson Controls Business Conference Update: Meet the ABCS Channel Managers. Rob Allen, our man in the field, meets the new Johnson Controls ABCS Channel Managers. Rob introduces us to Robert Harland, Dan Preston (ABCS Channel Sales Manager) and King Thomas (ABCS Channel Director, NA). Together, they discuss the recent reorganization of the ABCS channel and how they plan to apply “Privilege of Focus” to their customers in the different regions. Rob and JCI’s leadership team also discuss some of the other ideas from the business track presented at the Conference. 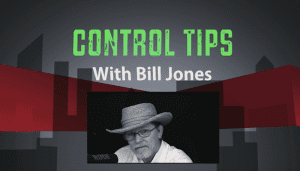 Bill Jones Tech Tips: Making Liquid Level Gauges Work. Everything you need to know about liquid level gauges but were afraid to ask. Liquid level gauges, like the ones made by Conbraco, are in every equipment room. As simple as they might seem, if you have ever had to replace one, they can be tricky. Not to worry, Stromquist & Company’s, Bill Jones, an expert on Conbraco products, takes the mystery out of liquid level gauges in this informative tech tip. Thank You Mr. Jones! 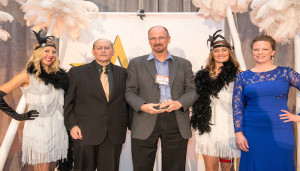 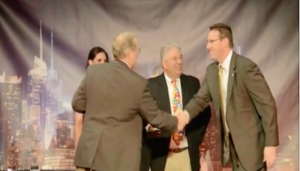 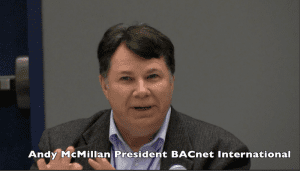 How to Navigate Change in the Building Automation Controls Industry. Special thanks to Ken Sinclair, from Automated Buildings, for having the vision to put together the Connection Community Collaboratory. We had the privilege of filming the last two collaboratories. This video epitomizes the intent of the collaboratory as Andy McMillan, the president of BACnet International, gives some priceless advice to one of the attendees.

Co-Founder and Co-Chairman of the CTA Awards. HVAC and Security Sales Engineer and Integration Consultant with over thirty years of industry experience.
All Posts »
PrevPreviousHow to Navigate Change in the Building Automation Controls Industry
NextProject Haystack Conference — May 18-20, 2015 Cheyenne Mountain Resort in Colorado Springs, CONext