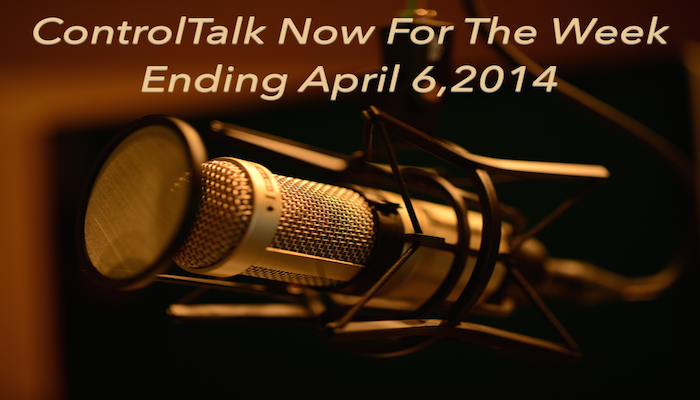 ControlTalk NOW for week ending April 6, 2014 features Niagara Summit 2014 Powered By Possibilities, and Tridium’s VP of Marketing and Communications, Jenny Graves(@AllThingsJLG). Jenny brings the ControlTrends Community up-to-speed with NS14 and the Niagara Innovator of the Year Award and the Niagara New Product Showcase Award and their respective prizes (HUGE!). With over 350,000 global instances of Niagara in operation, these new awards represent great opportunities for businesses using the Niagara Framework! Submit your Innovation or Product form by April 14, 2014! Winners will be voted on by Summit attendees using crowd sourcing through the social media channels.

ControltalkNow For The week Ending April 6, 2014 from Eric Stromquist on Vimeo. 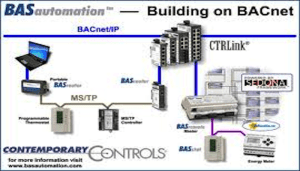 Contemporary Controls: Three Quick Facts about Our BASautomation Products: Three quick facts from Contemporary Controls: Did You Know – that BASrouters used in pairs can extend your MS/TP wiring? For example if you have a new building or a remote location and you would like to extend your MS/TP wiring to the new cabling without having to pull new wires.

Ken Sinclair’s April Theme for Automated Buildings — Keeping the Cloud Open. Read about the very serious concerns that automatedbuildings.com Ken Sinclair raises regarding the openness of the CLOUD and what the cloud giants may be proposing — forewarning us of how the proprietary cloud noose knot is tied. Excellent articles by John Petze, Therese Sullivan, Toby Considine, Jim Sinopoli, and more.

J2 Innovations — Visualize Any Data Source with One Technology: With FIN Builder you can now use one technology to visualize a variety of data sources. Whether you want data from a CSV file, Niagara, Sedona, BACnet IP, or content from the stock market, FIN Builder provides the one tool to do it all. Why is this important? You can now train employees in FIN Builder (who don’t need to understand details about Niagara, Sedona, etc.) to build the entire Graphical User Interface (GUI), lowering your total direct costs on the job.

ControlTalk NOW welcomes Tridium’s VP of Marketing and Communication, Jenny Graves(@AllThingsJLG) — who tells ControlTrends what the new Innovation and New Product Awards are all about. Make sure to get signed up for NS14, and for those Niagara Gurus, get your submission forms into NiagaraSummit@tridium.com right away (Must be received by Tridium NLT 5:00 PM EST to be eligible)!

More Great Energy Savings Products from WattStopper — New Optional Neutral Wall Switch Sensors. Marketing message from WattStopper’s Director of Product Marketing, Carlos Villalobos: I am pleased to announce a new family of Optional Neutral Wall Switch Occupancy Sensors, featuring WattStopper’s patent pending Neutral Sense Technology. This latest innovation from the brand you can trust for rock-solid reliability allows contractors to use any of these devices for two-wire OR three-wire applications, without any special configuration. 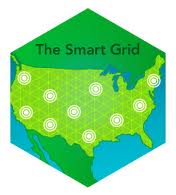 Honeywell JadeTM Economizer Firmware Update. Honeywell is continuously working to improve the Jade economizer controller. We update the firmware when we make significant changes to the product that will enhance the user’s experience. The last version of the Jade firmware was 1.07 released in 2011.

<ahref=”http://traffic.libsyn.com/hvaccontroltalk/79_Episode_79__ControlTalk_Now__HVAC_and_Building_Automation_Control_News_You_Can_Use.mp3″ target=”_blank”>Click here to listen to or download the Podcast version of ControlTalk Now.