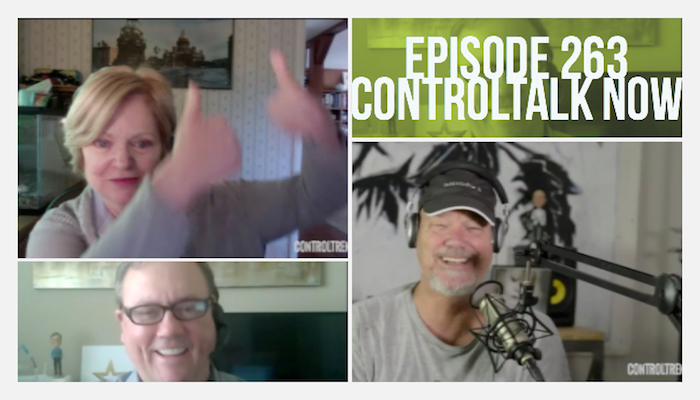 Episode 263: ControlTalk NOW — Smart Buildings Videocast and PodCast for week ending April 22, 2018 is co-hosted by Therese Sullivan, editor of Building Context, as we do an in-depth review of the 2018 Niagara Summit. This ControlTalk NOW will be invaluable to those interested members of the Niagara and Haystack communities that were unable to attend. Day 1 and 2 summary interviews with Tridium’s Ed Merwin, Director, Vykon Automation Energy Security, and Kevin Smith, CTO, offer some great insight to Tridium’s pending release of N4.6, Edge 10.0, and Bulk Deploy. The Future will be open, connected, always On. EasyIO is ready for the future, are you? 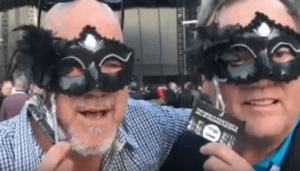 Niagara Summit 2018 Connecting the World Begins with a Festive Reception in Champions Square. The Niagara Summit 2018, held New Orleans Hyatt Regency, began under very festive and favorable conditions inside the Champions Square — as the world’s top Niagara Systems Integrators, Systems Distributors, OEMs, 3rd Party Solutions providers, and End Users — all gathered for the gala event. Also held earlier in the day, were the Niagara 4 Training Session and Developer Boot Camp. The masquerade masks were provided compliments of Cochrane Supply, who hosted a Masquerade Ball celebration later in the evening. 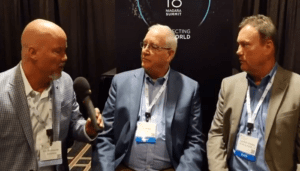 CEO and President Jim Bland Re-ignites the Spirit of Tridium! DAY 1 at Niagara Summit 2018. Following the dazzling electronic imagery of the Niagara blue spread of connected data through a city landscape on three-screen wide presentation, Tridium’s Jim Bland, CEO and President, took the wand from the cyber maestro of the screen and handed it, figuratively, to the expectant audience of over 1000 global Niagara Community members — challenging them that NOW — is the time to really think outside the box, Disney example provided. The possibility of failure should no longer restrain the efforts to achieve the spectacular possibilities and payoffs of innovation. 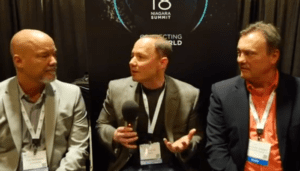 Kevin Smith Tridium’s CTO Reviews DAY 2 at Niagara Summit 2018. Tridium’s CTO, Kevin Smith possesses advanced and distinguished expertise in the fields of Cybersecurity, Semantics, Analytics, and Software Development. When Kevin Smith talks, people listen — and for good reason. That’s why we were delighted when Kevin joined ControlTrends in summarizing DAY 2 of Niagara Summit 2018. Kevin touches all the new Niagara bases as he hits this interview out of the park (his affable style of engagement almost outdoes his technical prowess). The Niagara Framework and team are strong, getting stronger, and committed under great leadership. The Niagara Community and ecosystem are growing world-wide and leading the way with innovation. 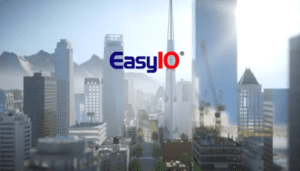 The Future will be Open, Connected, Always On. EasyIO is Ready for the Future, are You? EasyIO leads the future of Building Automation with smarter, faster, and greener concepts and controllers. This newest video release captures the driving spirit behind EasyIO’s philosophy to master and exploit emerging technologies that are pushing expectations and performance to higher standards, while eliminating costs and barriers to implementation.

Co-Founder and Co-Chairman of the CTA Awards. HVAC and Security Sales Engineer and Integration Consultant with over thirty years of industry experience.
All Posts »
PrevPreviousThe Future will be Open, Connected, Always On. EasyIO is Ready for the Future, are You?
NextOptergy’s New Application Overview Document. Download Optergy Enterprise and Proton Specification Guides!Next