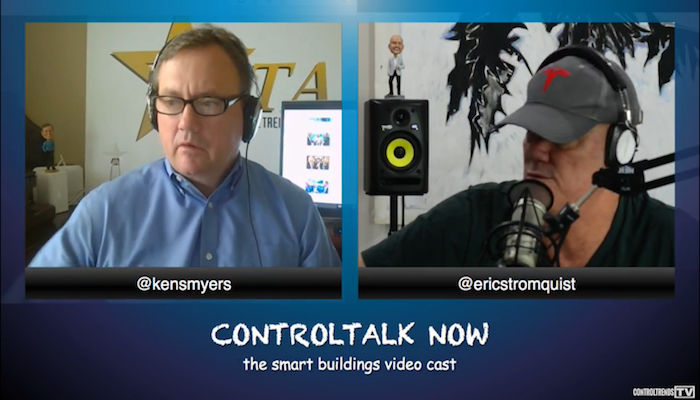 ControlTalk NOW — Smart Buildings VideoCast and Podcast for week ending May 22, 2016 features video and interview coverage of the 2016 Niagara Summit held May 15th through the 17th, in New Orleans, where over 1300 of the world’s top developers, programmers, building owners, engineers and executives met to take the smart, connected, and intelligent building — and the Building Renaissance to its next level. Many more videos to follow. Congratulations once again to Nino DiCosmo, Jenny Graves, and the team at Tridium, as well as the vendors, breakout speakers, and the Niagara Community at large — for the professional enrichment and networking. We already look forward to the 2018 Niagara Summit. 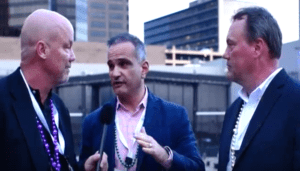 ControlTalk Now — DAY 1 @ 2016 Niagara Summit Recap. ControlTalk NOW — Smart Buildings VideoCast and Podcast for week ending May 15, 2016 is all about DAY 1 @ 2016 Niagara Summit in New Orleans — and another apex moment in the Building Renaissance movement, where over 1300 of the world’s top developers, programmers, building owners, engineers and executives have joined Nino DiCosmo and the Tridium staff to participate in forums, presentations and breakout sessions that will set the precedence and pace in the realm of smart, intelligent, and connected buildings. Over 300 developer partners participated in the future of Niagara 4 at the Boot Camp session. The evening Welcome Reception was kicked off in true Mardi Gras fashion with a police-escort led parade ending at the fabulous Champions Square. 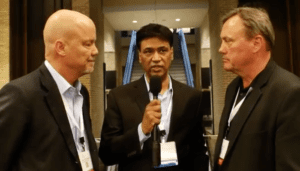 DAY 2 @ 2016 Niagara Summit — See the Niagara Community in Action! Nino DiCosmo, President and General Manager, opened DAY 2 by delivering a compelling Keynote message on just how deep the technology disruption goes and his vision of the Niagara Communities’ opportunities to fully leverage technology, achieve operational excellence, and develop new revenue streams. John Sublett, Chief Technology Officer, was next up, commenting “We will be integrating the key technologies for you — that’s the power of an open system” and Pranay Prakash, Vice President, Product Marketing, followed with “Edge and cloud technologies will completely change the IoT game and we want to lead this transformation.” 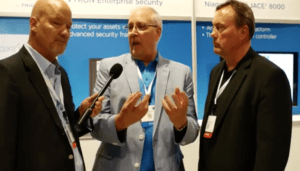 Catching Up with Ed Merwin at the Niagara Summit 2016. Ken and I catch up with Ed Merwin, one of our favorite people in the Smart Buildings Controls Industry. Ed gives us his thoughts on the 2016 Niagara Summit, N4, and how the future looks in a world connected by Niagara. Ed is one of the most recognized experts in the Building Automation and Integration industry, having introduced the Niagara Platform and the concept of system integration to many of North America’s earliest integration adopters. 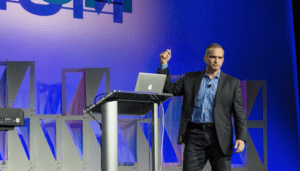 Nino DiCosmo, Leadership Extraordinaire — DAY 3 @ 2016 Niagara Summit. In between all the excitement, networking, and learning at the 2016 Niagara Summit, Ken and I got a chance to catch up with Nino DiCosmo, President and General Manager at Tridium. Nino reviews the growth of the Niagara Community, the milestones already accomplished, and the global road map ahead. Hear what Nino has to say about the first three days of what is arguably the best Niagara Summit yet! 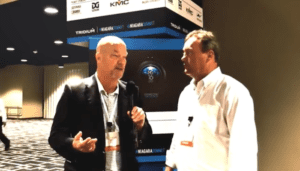 DAY 3 @ 2016 Niagara Summit Highlights — Keynote Speaker David Pogue — Out for a Funrun with Technology. DAY 3 @ 2016 Niagara Summit Highlight — Keynote Speaker David Pogue. David has over 3 million books in print, was founder of Yahoo Tech, and serves as the personal-technology columnist for the New York Times. David enlightened, entertained, challenged, and inspired the Niagara Community with his humorous, but piercing insight into the forces changing our lives and our careers. 80% of the new movies, new books and new technology will not be success stories, but the message wasn’t the math. Run with technology; not against it. Great job Tridium — on another great Niagara Summit.

Co-Founder and Co-Chairman of the CTA Awards. HVAC and Security Sales Engineer and Integration Consultant with over thirty years of industry experience.
All Posts »
PrevPreviousDAY 3 @ 2016 Niagara Summit Highlights — Keynote Speaker David Pogue — Out for a Funrun with Technology
NextEasyIO’s Mike Marston is Excited about the Niagara Edge, and the Future!Next