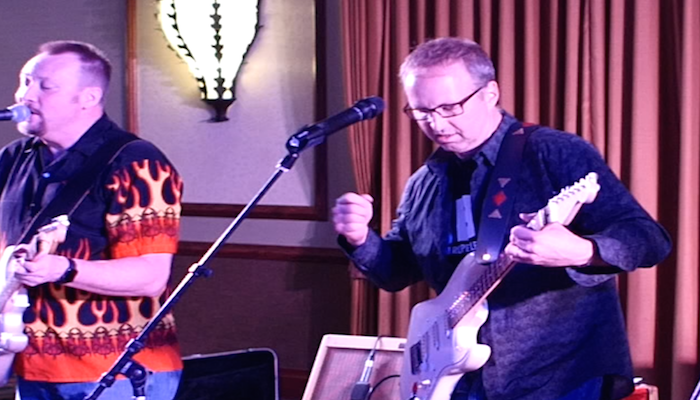 Welcome to ControlTalk NOW for the week ending May 31, 2015, that also includes some posts we delayed while away at Haystack Connect, which dominated the ControlTrends horizon with interviews with Brian Frank, Anno Scholten, Richard McElhinney, Marc Petock, Jason Briggs, Scott Meunch, Jason Houck, Ken Sinclair, Andy McGowan, and many more. Realcomm|IBcom is next week and there’s still time to register. The registration link for EasyIO’s Global Event in Paris is up as well. Awesome interviews with CGNA Vendors: Blue Ridge Technologies, Siemens, Honeywell Genesis, and Functional Devices. Featured updates from DGLogik, who teamed with QA Graphics, and Sierra Monitor’s EZ Gateway Webinar and Wastewater Application and much more!

Realcomm & IBcon General Session Program Announced — Register NOW!General Session Program Announced! June 8-10 meeting in San Antonio, TX. Be sure to take advantage of the special ControlTrends Rate: $895.00 — valid till 6/1/15. Use Promo Code: IB15CTL1. The impact that technology, automation and innovation have had on the commercial and corporate real estate industry over the last 3-5 years is unprecedented. 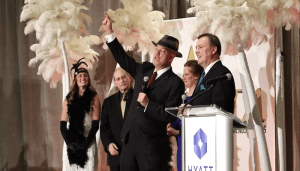 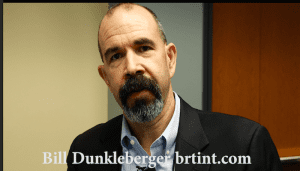 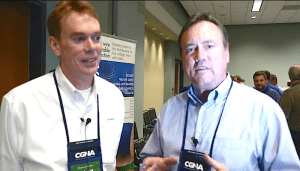 Siemens has a winner with the RDY2000 Thermostat. ControlTrends caught up with Siemens at the 2015 CGNA Vendor Showcase. They introduced us to several cool new products. One of the ones we like a lot is the RDY2000 light commercial thermostat.The RDY2000 thermostat that has big time features for small business solutions. 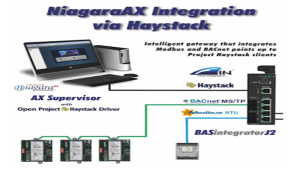 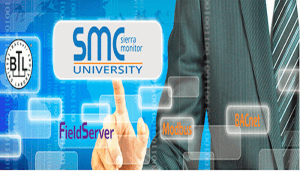 Sierra Monitor’s Webinar: Introduction to the EZ Gateway. Register today for an educational webinar introducing our new EZ Gateway! Integrating Modbus devices into BACnet networks is a common field application. Completing this integration in an efficient, reliable, and repeatable fashion is a requirement in today’s environment. Our expert instructor, Richard Theron, will discuss how simple it is to connect Modbus devices to BACnet systems with the EZ Gateway and how to lower commissioning time and costs with features such as EZ Profiles and DeviceProxy™. 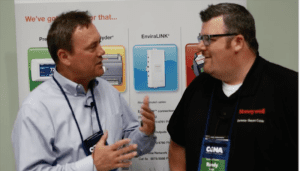 CGNA 2015 Vendor Show Case: Honeywell Genesis Cable. All great control systems need the right cable and wire. ControlTrends caught up with Randy Lee, VP Sales, Electrical & HVAC Division and Honeywell Genesis Series Cable, at the 2015 CGNA Vendor Showcase and got the 411 on Honeywell’s new merchandising efforts, which include adding Contractor Pro Point rewards, new point of sale displays, and the new wire legend — marked on every reel, to know exactly how much more wire is left in the box. 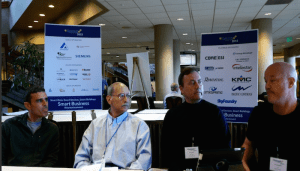 Haystack Connect 2015: Open Source Community Resumes Plenary Session, Colorado Springs, CO.The majestic snow covered Pikes Peak contrasted by the wondrous earthy red rock formations of the Garden of the Gods provided a suitably inspiring setting for Haystack Connect as it resumed its mission to adroitly usher in the world of self-defining data — in a collaborative way that no single-minded entity could possibly achieve. Marc Petock and three special guests, Brian Frank, Anno Scholten, and Richard McElhinney join ControlTrends for a pre-reception discussion of why some 240 of the top global automation and IoT professionals are attending the second Haystack Connect meeting. 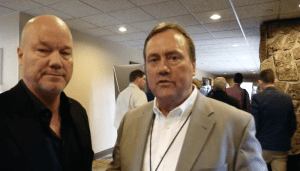 2015 Haystack Connect Day One — General Session, Opening Comments, and Keynote Speakers. Marc Petock and John Petze hit the stage running and kicked off the 2015 Haystack Connect with a grateful thanks to the Project Haystack Sponsors and its 900 Haystack community members, 245 of which, were present at the General Session. Project Haystack grown by 45% over the last two years. Special recognition was given to Lynxspring, Contemporary Controls, KMC’s Conquest, J2 Innovations, BASSG, and Plant Pro/Air Masters for their efforts in developing Haystack applications. 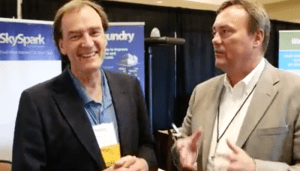 “Off to a Great Start!” Project Haystack’s Executive Director John Petze Reports. Executive Director, John Petze, regaled ControlTrends with the exciting news that 2015 Haystack Connect is off to a great start: New people, new vendors, more consultants, and the spirit of collaboration that includes the likes of Siemens, have all helped Project Haystack emerge as the leading initiative that helps people, at all levels, get more value from their systems. In order to use advanced analytic techniques, enhanced reporting, and comprehensive energy analysis, you must go through the process of tagging data. 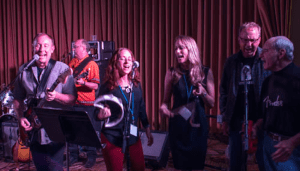 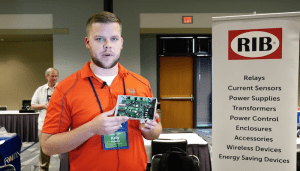 Haystack Connect from a Systems Integrator’s Perspective. Project Haystack is an open source initiative to streamline working with data from the Internet of Things. We standardize semantic data models and web services with the goal of making it easier to unlock value from the vast quantity of data being generated by the smart devices that permeate our homes, buildings, factories, and cities. Applications include automation, control, energy, HVAC, lighting, and other environmental systems. To find out why it is so important to today’s master systems integrators we tracked down one of the smartest building automation controls systems integrators on the planet, Jason Houck, from Hepta Systems. See what Jason had to say. 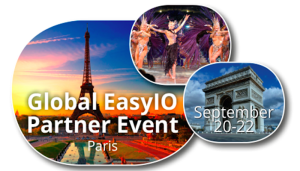 EasyIO Global Event — Sponsors and Speakers Welcome. Belimo Goes Gold! EasyIO’s first global partner event in Madrid, Spain was a gathering of EasyIO success stories from around the world. The deep networking between manufacturers and vendors, specifying engineers, 3rd party solution providers, systems integrators, and a rather new entity to the scene — solution entrepreneurs with accomplished technical skills and the dashboard/analytic/graphic tools to meet every application, large and small, was a unique integration meld. 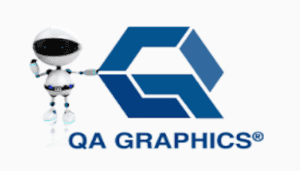 DGLogik Updates: May 27th-29th Training & DGLogik Partnership with QA Graphics.May 27th-29th in Oakland: DGLogik, Inc. will be hosting DGLux5 Application Development Training course at our headquarters in Oakland. The training course takes place from Wednesday, May 27th through Friday, May 29th. Take advantage of progressing your rapid development skills through our collaborative training exercises. 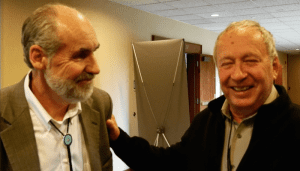 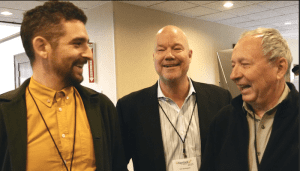 Christopher Naismith Weighs in at 2015 Haystack Connect. What is the fastest way to teach your organization,and have your people stay smarter than your competition? To find out we turned to our friend,Ken Sinclair, from automated buildings.com. Ken introduces us to Christopher Naismith. Chris, is the training manager at SES Consulting. Ken and Chris discuss the concept of “self learning cultures.” Fascinating! 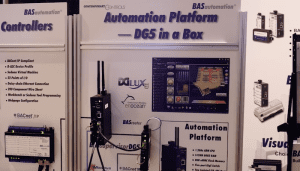 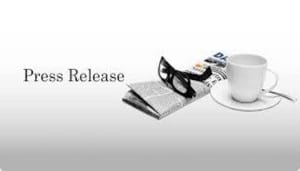 KMC Representatives Attend Dell Annual Analyst Conference. KMC Controls, a leader in building automation systems, today announced its participation in the Dell Annual Analyst Conference in Austin, Texas from May 27th through May 29th. The Dell team invited KMC’s Richard Newberry and Erich Kreuter as strategic envoys to the high-profile event. Dell and KMC are firmly committed to bringing the power of the Internet of Things to building automation by enabling secure, timely access and control of building systems and data to building owners and property managers. 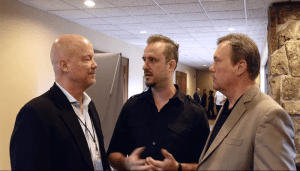 Jason Briggs on The Power of Haystack Tags. ControlTrends caught up with Jason Briggs from J2 Innovations at the 2015 Haystack Connect Conference. Jason talks about the power of Haystack and how it is changing the way we are able to get and use data in Smart Buildings. Jason founded J2 Innovations in 2009, and has passionately provided the vision and direction for the emerging software company. Jason is now focused on empowering J2’s customers to have similar success, by creating powerful engineering tools, visualization, and software technology. 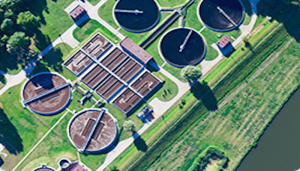 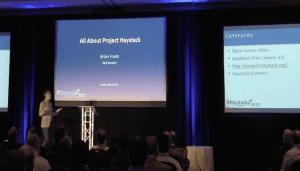 Brian Frank Explains How Haystack Works. Who better than Brian Frank to address the crowd and explain how Haystack works? Project Haystack seeks to make this a machine to machine effort using self-describing data that would eliminate significant costs. Project Haystack: It’s time to make the use of self-describing data — the specified norm. Well done Brian!

Co-Founder and Co-Chairman of the CTA Awards. HVAC and Security Sales Engineer and Integration Consultant with over thirty years of industry experience.
All Posts »
PrevPreviousBrian Frank Explains How Haystack Works
NextKen Sinclair’s Automated Buildings June Release — “Back from the Stack”Next