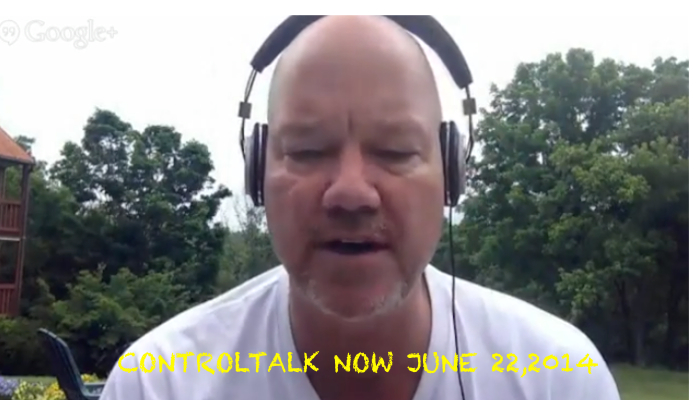 This Google+ episode of ControlTalk NOW has Eric connecting on the road from Woodstock, Virginia, amidst the beautiful Shenandoah Valley area. 2014 Realcomm/IBcon holds front and center, as we begin to digest the enormity of this 3-day event and process all the breaking news, vital industry information, and technology (Drones, Robots, and iBeacon, Open Box Software’s APP that provided real time interactions with the exhibitors during the show). Consider the timing of this June 18th Dell Press Release and Dell’s White Paper release Smart Buildings Automation: The First Steps Are the Most Important — and that Dell was the sponsor of the 2014 Digie Awards! where they announced that they too, were at Realcomm/IBcon to learn and network, because Dell is now in the Building End-to-End Solutions Business! ControlTrends will be posting more important video reporting as rapidly as editing allows — because our industry is entering “hyper-change!” Make sure to visit daily for continued coverage.

In review: The Pre-Con Events began Tuesday, with the 11th Annual CIO Roundtable, a premiere meeting of commercial real estate CIO’s from around the world; The Intelligent Buildings Boot Camp, a 0-60 mph revving course in taking an existing building onto the smart, connected, high-performance highway, and ended Thursday with Smart HVAC – System Intelligence Redefined, the session that I moderated, and Project Haystack – A Smart Building Iniative to Create Data Standards. More on the sessions and in-between events to follow. 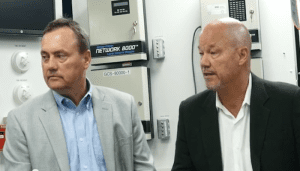 ControlTrends’ Spotlight Shines on the International Systems of America — A System That Works! (And Grows). President and CEO, Mike Epperson, and National Sales Manager, Julio Rodriguez, welcomed ControlTrends to International Systems of America’s (ISA) Home Office, in Louisville, KY, just a few miles from the UPS Worldport Hub, and graciously introduced us to ISA, one of the fastest growing service solution providers in the fire, security, energy, and communication markets.

Project-Haystack, an open source initiative focused on developing semantic modeling conventions and taxonomies for smart device data today announced the formation of a 501-C Corporation and Founding Members. The announcement was made at iBCON an event and conference focused on open architected, interoperable and integrated IP centric smart, connected, high performance, intelligent buildings. Project-Haystack won the Digie award for Best Intelligent Building Technology Innovation at IBcon in 2013. The launch of the 501-C Corp has been made possible by the support of seven founding member companies: Airmaster, J2 Innovations, Lynxspring, Siemens, SkyFoundry, Wattstopper, and Yardi.

What is the Best Zoning System for the Non-Systems Integrator? We like ProLon. Not only is the first lady of controls, Angie Jarvis, the PROLON representative. It is also easy to set up and use. For the HVAC contractor that needs to provide a non-integrated zoning solution, ProLon is the perfect solution! 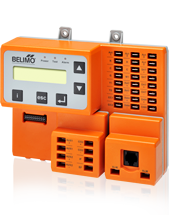 Belimo’s Free Webinar June 18th at 11:00 EST on How to Save Energy with Economizing: Belimo invites you join them on June 18th for a Free Webinar on How to Save Energy with Economizing at 11:00 EST. In this 30 minute webinar, you will learn how to get efficiency strategies back on track with easy setup, automatic code change over temperatures, and superior troubleshooting capability. You will understand how you can instantly know when failures occur and how to quickly pinpoint and address any problems. 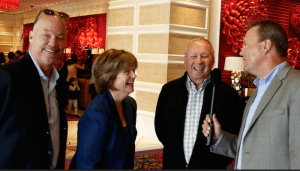 Just Moments Before the 2014 IBcon PreConference Start with Ken Sinclair and Therese Sullivan
Jim Young and Howard Berger forewarned that 2014 Realcomm/IBcom will be a year of paradigm change within our industry, and that our personal abilities to embrace change, rethink, innovate, and transform, will be vital to our organization’s and our own personal successes. The smart and connecting technologies are already here — dynamically shaping our futures; and it’s the people — us, and our capacity to seize these new opportunities that will tell the story. 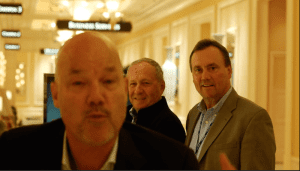 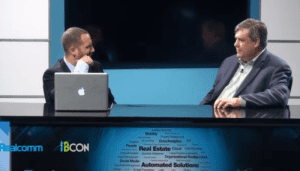 Darrell Smith on How Microsoft’s Approach to Building Automation Control: Microsoft has a very unique way of using building automation controls and data to produce one of the most energy efficient campuses on the planet. Darrell Smith offers a look into the Microsoft way — a mega-sized application that now collects 500,000,000 data transactions every 24 hours from 125 buildings that occupy 15 million square feet and house 57,000 people. All the data is in the cloud and secure. 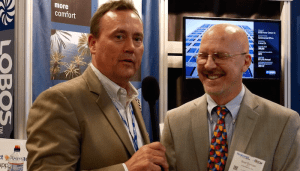 2014 Realcomm/IBcon Day 1 Update — Special Video Invitation from Yardi’s Scott Duncan: 2014 Realcomm/IBcon program went into overdrive on Day 1. The General Session featured Geoffrey Moore’s dynamic presentation on the Innovation Adoption Curve and its Relevance to Commercial and Corporate Real Estate, followed by the Shanghi Tower, soon to be to be the 2nd tallest and perhaps the smartest building in the world. Jim Young then moderated one of the formidable gatherings of world-class BIoT titans ever assembled: Yardi, Cisco, Google, Intel, Microsoft, and Tridium, which previewed the forces that are going to change the building industry forever. 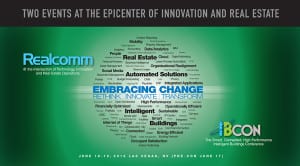 2014 Realcomm/IBcon Day 2: Next Gen Smart Building Showcase: Day 2 of the 2014 Realcomm/IBcon began with the Smart Building Best Practice Showcase, featuring some of the world’s most progressive and successful implementations of smart buildings, portfolios, and campuses. Each of the 30 plus instances told its own challenging and compelling journey towards becoming an Open, Interoperable, Integrated, and IP-centric building, with the kind of tangible results that drive adoption. The knowledge and experience gained from this session alone covered the cost of attendance and will pay handsome implementation dividends. 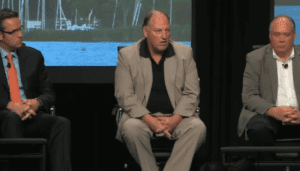 Technology Titans Gather on Stage at 2014 Realcomm/IBcon: Tridium, Yardi, Cisco, Intel, MicroSoft, and Google: In perhaps, the most significant industry gathering of 2014, Jim Young and Realcomm/IBcon brought together a world-class panel of some of the biggest and most influential global companies in the world that will undoubtedly change the direction and adoption tempo of technologies that will create and deliver new heights in operational efficiencies, reduced energy consumption, and the transformation of big data into business intelligence that will improve occupancy experiences, achieve sustainability goals, and effectively optimize commercial and corporate building financial performances.

<ahref=”http://traffic.libsyn.com/hvaccontroltalk/86_Episode_86__ControlTalk_Now__HVAC_and_Building_Automation_Control_News_You_Can_Use.mp3″ target=”_blank”>Click here to listen to or download the Podcast version of ControlTalk Now.