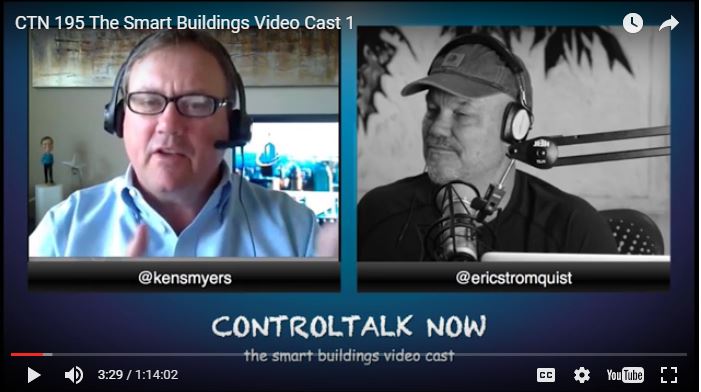 ControlTalk NOW — Smart Buildings VideoCast|PodCast for week ending September 4, 2016 was a newsworthy week indeed. Tridium’s highly effective and successful President and General Manager, Nino DiCosmo, has been recruited away to a leadership position in another industry. Honeywell’s Jeff Tolnar will step in as the interim president. More information to follow. ControlTrends People PodCast was launched this week featuring, Nino DiCosmo and Marc Petock, and our in-depth interview with industry oracle, Ken Sinclair, delivers real deep-dive insights into what direction our industry is moving, at an accelerated IoT pace. Therese Sullivan’s ReWind reviews emerging technologies; Honeywell WEBs-AX 3.8.111 (3.8.u1) software package is released; and we get a macro view of energy savings from BTO’s David Nemtzow. 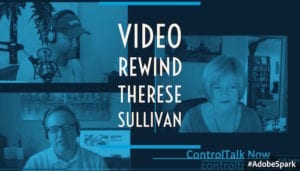 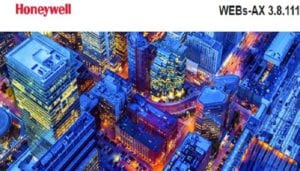 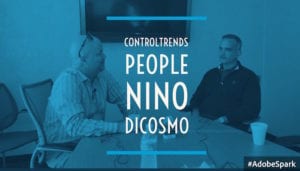 CTP 1 ControlTrends People, Life Stories of the People that Make Smart Buildings Smart. ControlTrends People is a new PodCast series that focuses on the life stories of the people in our industry that make it great. As we strive as an industry to reach full recognition and parity, we deeply believe that if we capture and share the persona of the great leaders and visionaries of our industry, we will continue to build a compelling image that will draw more young talent needed to sustain our industry. We chose Nino DiCosmo, as our first Podcast because of his genuine passion and leadership — and for the enormous success he has brought to Tridium, the leading industry framework in Smart Buildings. Here’s Nino DiCosmo up-close and personal.

Ken Sinclair’s Automated Buildings September Theme — “The Self Learning Edge Revolution.” ControlTrends Community, hold onto your hats and meters! Because in this September edition of Automated Buildings, owner, editor — and oracle, Ken Sinclair, proposes that there is a edge controller revolution underway (right now, under our noses) that will completely disrupt the industry as we know it. Not only are these gadgets more open and more powerful, but they will be created and run by tinker kids in millennium maker culture. 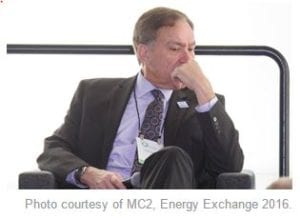 Building Technologies Office — A Word from BTO’S Acting Director: 140 Million Places to Save Energy. David Nemtzow: “There are currently some 130 million residential units in the United States – which most of you think as homes. We at the Building Technologies Office (BTO) are prone to think of them as energy consumption structures. The 5+ million commercial buildings that make up our offices, schools, hospitals, and grocery stores? They also represent a huge opportunity for energy savings. Together, all of these buildings represent 40% of the energy consumed within the U.S., 76% of all electricity, and are responsible for 34% of all U.S. greenhouse gas emissions. That makes for a lot of space for improvement.” 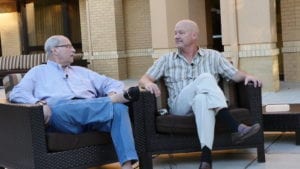 CTP 2 ControlTrends People, Life Stories of the People that Make Smart Buildings Smart. ControlTrends People presents inspiring and motivational stories that open our eyes to the many paths taken to the prominent positions in our industry. Many accounts offer endearing insights and self-told anecdotes about the triumphs and setbacks that molded their careers and shaped ControlTrends People throughout their professional journeys. Our second ControlTrends People PodCast features Marc Petock, VP of Marketing for Lynxspring and Connexx Energy. Marc is a highly accomplished Global Technology Marketing Executive known for positively impacting the growth and performance of the organizations he has managed during his 30+year career. 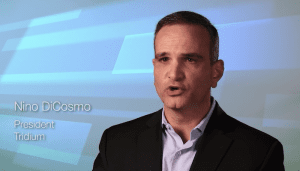 Nino DiCosmo — Makes His Mark at Tridium, and is Moving on. Nino DiCosmo, the highly successful President and General Manager at Tridium, is moving on. ControlTrends learned of Nino’s decision to take another position last week. Nino’s visionary leadership was punctuated by the successful development and launch of next generation software Niagara 4, a complete brand refresh and re-positioning of Tridium’s Niagara software from a buildings controls focus to IoT innovative software company, while achieving over 37% revenue growth over past 3 years. During the transition period, Honeywell’s Jeff Tolnar, will serve as interim president of Tridium

Co-Founder and Co-Chairman of the CTA Awards. HVAC and Security Sales Engineer and Integration Consultant with over thirty years of industry experience.
All Posts »
PrevPreviousNino DiCosmo — Makes His Mark at Tridium, and is Moving on.
NextRoom with an Underwater View: The Floating Seahorse — A New Smart Beach HomeNext