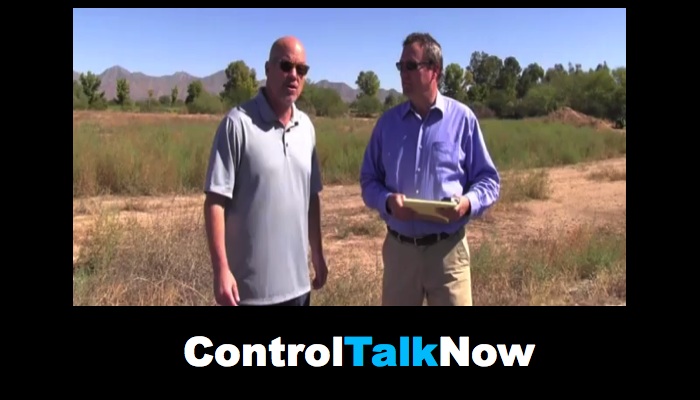 ControlTrends thanks this week’s sponsor Johnson Controls and Chris Eichmann. Johnson Controls delivers products, services and solutions that increase energy efficiency and lower operating costs in buildings for more than one million customers. Johnson Controls has been involved in more than 500 renewable energy projects including solar, wind and geothermal technologies, and Johnson Controls solutions have reduced carbon dioxide emissions by 15 million metric tons and generated savings of $7.5 billion since 2000. Many of the world’s largest companies rely on us to manage 1.8 billion square feet of their corporate real estate.

October is National Cyber Security Awareness Month: Provided by Marc Petock, Vice President, Marketing, Lynxspring Inc. This year’s theme is “Our Shared Responsibility,” which all of us in the building and energy management industry –whether you are a technology provider, a system integrator, service provider, IT professional, building owner, in facility management, cyber related issues play an increasing threat within our building and energy management networks.

Message from Honeywell’s Tom Rosback — New BSC GM Announced: Larry Weber has accepted the position of General Manager of Building Control Systems (BCS) effective October 14, 2013. Larry has been with Honeywell for 19 years primarily in Environmental and Combustion Controls in roles of increasing responsibility in Technical Support, Product Marketing, Channel Management, and Strategic Marketing. Most recently, Larry was the Global Strategic Marketing Director for Transportation in Sensing and Controls (S&C). Additionally, Larry has held two roles in China in which he was the Buildings Control Systems business leader (2005-2009) and Strategic Marketing Director (2012).He holds a MBA from Rutgers University and a Bachelor of Science in Mathematics from the University of Minnesota.

Honeywell WEB-300E Controller Now Available: Honeywell is pleased to announce the availability of the WEB-300E controller, which will replace existing WEB-201 controllers over the next six months. The WEB-300E network controller is an upgrade and replacement to the existing WEB-201controller. Some of the enhancements include a built-in Static Random Access Memory (SRAM) module that ensures that the station’s data is saved upon loss of power, ability to use without a battery due to the Data Recovery Service (DRS), and the ability to operate at a higher ambient temperature. This controller is supported with WEBs-AX™ 3.7.u1or later software.

The New Niagara Central is Coming! New site to launch on October 13, 2013: We are excited to announce the new Niagara Central will launch on October 13! We have completely redesigned the site and focused on improving functionality to make it simpler and more intuitive to use. With the new site’s simplified navigation and improved functionality, your user experience will be much more efficient. What processes are changing: •Ordering •Licensing •Returns •Product catalog management •Organization management.

Mark’s Cool Tools: Who Makes the Brightest and Most Flexible FlashLight For HVAC Control Pros? Mark’s current flashlight of choice for the discerning HVAC controls pros is the Terralux TT-5 Tactical Flashlight. Check this video of Mark’s Cool tools out to see what the Terralux TT-5 so special.

Ken’s TOP 5 Information Pivot Points of Week 40: 1. Cyber Security Assessment: How well prepared are you for the next attack? Trend Micro will assess your security posture with 25 simple questions. 2. IDG CONNECT: Was Steve Jobs’ Leadership Really So Inspirational? This Saturday is two years since the death of Steve Jobs. Yet despite much concern in 2011 for the fortunes of Apple, in 2013 the company has seen sales of the iPhone 5S and 5C actually beat previous launches of new phones. Did Jobs define inspirational leadership and how does this legacy live on? 3. CORETECH 2013: Corporate RE & Facility Executives Meeting at Microsoft to Discuss the Future of the Industry. Message from Microsoft’s Darrel Smith: “My name is Darrell Smith and I am the Director of Facilities and Energy for Microsoft. I want to personally invite you to an event I am involved with called CoRE Tech, which we will be hosting here on the Microsoft campus next month. I will be joined by other corporate real estate, facilities, energy, sustainability and IT executives who are at the epicenter of the buildings and facilities market transformation.”

J2 Innovations Presents NEW FIN in 2 Minutes Video: J2Innovations’ new and improved FIN In 2 Minutes video features a fresh new UI, best practices using models from your library for a quick and easy set up, and the concept of engineering mobile-friendly FIN pages that work great across all client devices . We took the total time to create the project (25 minutes) down to just 2 minutes for a quicker look at the powerful capabilities of FIN. We added a new ending to the video to show the completed FIN project as it would be experienced in a desktop browser, on a tablet, and on a smart phone using FIN Mobile app (for both an iOS & Android). Check out the latest FIN In 2 Minutes and get yourself started with FIN Builder today!

Special thanks to this week’s production editor Dave Smyers and Cinematographer Rob Allen.

Lynxspring REMINDER: Please Join Us Tomorrow For A Webinar!

Lynxspring REMINDER: Please Join Us Tomorrow For A Webinar!