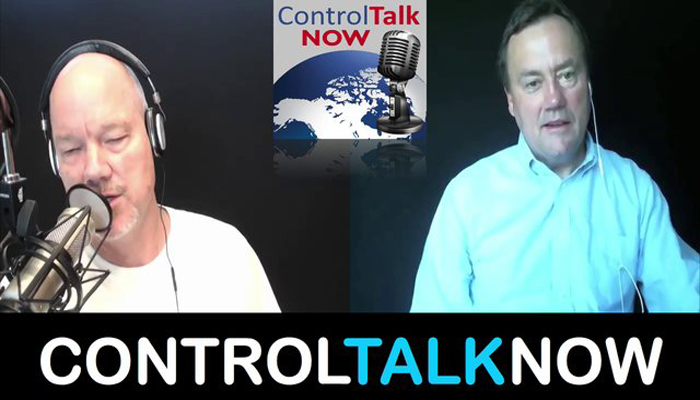 ControlTalk NOW thanks this week’s sponsors: Contemporary Controls, Connect-Air Wire & Cable, ACI, and CGNA. Without their generous support, the ControlTrends Awards would not be possible.

Mike Marston and EasyIO Continue to Raise the Bar! EasyIO’s Mike Marston, nominated for both the 2013 HVAC Controls Executive and ControlTrends Person of the year (PID), provided these exciting EasyIO updates: Modbus Client and Server are now released; BACnet Server over IP is in testing, available 1st quarter of 2014; BACnet Client over IP (can then manage a 30P over IP) Mid-to-late December; and BACnet Server over MSTP will be ready in January, 2014, as will BACnet Client over MSTP (can then manage MSTP devices). APPROVED already: UL, CUL, FCC, CE, CTick. BTL March, 2014.

DGLogik’s DGBox and EnOcean Sensors: Has the Future of Control Arrived? Great job to Eugene Mazo and his team at DGLogik for this innovative hotel room solution interfacing a full compliment of EnOcean wireless and self-powered devices with DG Lux, the industry’s leading visualization and graphic software. Could this be the next high-end hotel room controller? My guess is that it won’t be long before Eugene and his team figure out how to recreate the conventional thermostat with a DG Stat version of what we watched in the video — and make thermostats like the Nest look like a thing of the past. In 2015 could DGLogik, who is up for numerous awards at the 2013 ControlTrends Awards, add the 2015 Thermostat Control of the Year to their accomplishments?

Viconics VT8000: The Perfect Balance Between Simplicity and Sophistication! The VT8000 Series is nominated for the 2013 ControlTrends Awards Thermostat of the Year and here’s why: There has never been a better hospitality solution with as much flexibility and energy savings features built into one elegant device as the Viconics VT8000. Innovative control solutions that feature flexibility, easy installation, and optimized comfort. The Viconics VT8000 series offers Energy Saving Occupancy Strategies, Simplified Installation, Customizable Interface, Scalability and Optimization.

ACI — Combining Great People with Great Products! Is it a Wisconsin Thing? ACI is nominated for the 2013 ControlTrends Awards for Best Periphery Product from a Small Manufacturer, but ACI is likely to outgrow that category and soon, because ACI is a thriving entity on the move — setting new standards in the temperature, humidity, pressure, gas sensor, interface devices, wireless sensor, and building automation accessories markets. ACI’s two key acquisitions: Advanced Control Technologies’ (ACT’s) Interface Control Components line and Trs Systems Wireless Sensors and Controls give ACI complete application solutions and a much greater reach into every building space.

Honeywell’s Q5020 Linkage Assembly Improvement: Honeywell is pleased to announce that the Q5020 globe valve linkage has been improved. In addition, Honeywell obsoleted the Q5020B and replaced it with the Q5020A model. Product Information: The Q5020 linkage mounting plate has been redesigned to work seamlessly with our 27-300 lb-in actuator models. We extended the existing center channel of the mounting plate to accommodate all actuator sizes and mouniting configurations. The new linkage design greatly reduces the installation time. Q5020 globe valve linkages connect a Honeywell direct coupled actuator (DCA) to two-way and three-way steam or water globe valves up to 3 inches.

Ken’s TOP 5 Information Pivot Points of Week 47: 1. Edison vs. Tesla: Toasting a Rivalry That Drove Innovation. By Marissa Newhall Managing Editor, Energy.gov All this week on Energy.gov, we explored the storied rivalry between two of history’s most important energy-related inventors.

<ahref=”http://traffic.libsyn.com/hvaccontroltalk/64_Episode_64__ControlTalk_Now__HVAC_and_Building_Automation_Control_News_You_Can_Use.mp3″ target=”_blank”>Click here to listen to or download the Podcast version of ControlTalk Now.

Co-Founder and Co-Chairman of the CTA Awards. HVAC and Security Sales Engineer and Integration Consultant with over thirty years of industry experience.
All Posts »
PrevPreviousKen’s TOP 5 Information Pivot Points of Week 47
NextABB Poll: What is the Most Effective Energy Savings Action You’ve Taken in the Past 12 Months?Next