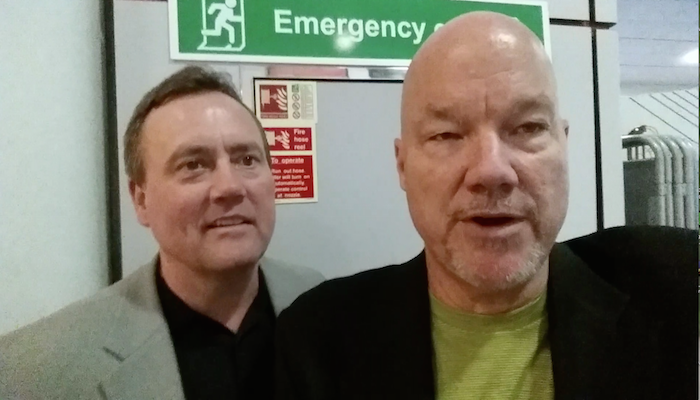 PodCast Show Notes: ControlTalk NOW thanks this week’s Premium sponsors EasyIO and DG Logik. Do not miss our featured interviews with 2014 ControlTrends nominees — Tridium’s CTO, John Sublett, nominated for the 2014 ControlTrends PID Award, shares Tridium’s genuine collaborative philosophy and his own personal passion — that together, have made the Niagara platform so successful. Nominated for Executive of the Year, Lynxspring’s President and CEO, Terry Swope discusses the trust factors and viewing BAS Integration from the end-user perspective — the catalysts for Lynxspring’s growing success.

DG Logik is the game changer in the Internet of Things and the building automation industry leader in designing custom IoT software tools. With deep integration to multiple data providers, DG Logik’s IoT visualizations are guaranteed to help you monitor more effectively, save time, and decrease costs directly translating into increased revenues.

Control Network News from Contemporary Controls. While in Chicago at AHR 2015 make sure to stop by Booth 3531 in the Building Automation and Control Showcase to see and learn about our portfolio of open building automation and control solutions that are cost-effective and durable enough to withstand demanding loads from challenging environments. Contemporary Controls nominated for Five CTA Awards. Read more. 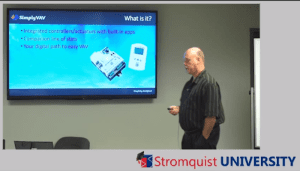 Live Stream Rewind: KMC Simply VAV Controller Training. Doug Miller and Erich Kreuter show you what you need to know about the KMC Simply VAV Controller in this rewind of a live stream from KMC Controllers distributor Stromquist & Company. For more than 40 years, KMC has been designing and producing HVAC controls and building automation solutions. From their headquarters in the heartland of America, KMC makes these products available worldwide. SimplyVAV is our latest innovation. Get your hands on it today! 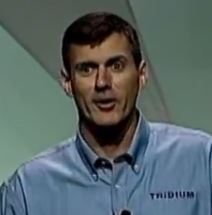 CTN Interview with Tridium’s John Sublett. As Tridium’s Chief Technology Officer, John Sublett’s contributions to the world’s leading software platform began in 1996, as a founder, and have since helped make Tridium’s Niagara AX Platform the most prolific software platform in the HVAC industry — whose integration community is migrating successfully — and rapidly, into the neighboring Industrial, Data Center, and Smart City markets. John shares his thoughts about the future of integration, the next-gen integrators, the aspirations of the Tridium team, and some the people he shares his career with. 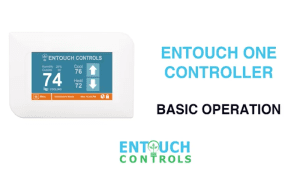 Thermostat of The Year: Entouch is in Touch! The competition for the 2014 ControlTrends Awards Thermostat of the year is heating up. Those in the know, think Entouch Controls, although not as well known as some of he other finalist,could be the best of the bunch. Entouch makes a line of thermostats that are more than just thermostats. Most models come with the ability to monitor electrical loads and digital switches. Add in their easy to use cloud portal and for the cost of most thermostats you have a mini building or home control automation system. 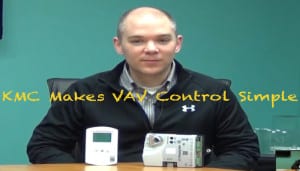 KMC’s SimplyVAV — in the Hunt for a ControlTrends Award! Simple, easy to install and configure, competitively priced: it is easy to see why the KMC Simply VAV controller is a strong contender for the 2014 ControlTrends Awards VAV Controller of the Year. To get in-depth training on the KMC SimplyVAV click here. The SimplyVAV controllers can be installed as standalone controllers or they can be connected to a BACnet MS/TP network. These topics are reference material for control technicians or engineers who are planning, installing, and setting up controllers that are connected to a network. 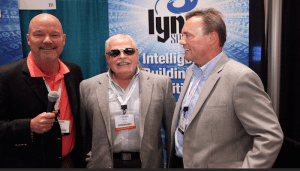 CTN Interview with Terry Swope, President and CEO of Lynxspring. Terry Swope is one of the most interesting, accomplished, and personally engaging people in the HVAC Industry. Combining his 25 years as a consulting engineer and the 12 years at the helm of Lynxspring, Terry’s unparalleled understanding of the market and the end-users viewpoint explain Lynxspring’s growing success. Having the foresight and drive to improve Lynxspring’s internal business language and then having the willingness to share those resources with Lynxspring’s channel partners fortifies the future growth of this great organization and industry leader. Don’t miss this interview!

You’re Invited to America’s #1 Facility Management Show — $1,195 Value – Yours for Free! You’re invited to America’s #1 facilities show – the National Facilities Management and Technology Show (NFMT) for Free. NFMT will be held March 10-12, 2015, in Baltimore, MD. The NFMT Conference program features more than 120 educational sessions that are entirely free to facilities management professionals. Choose from every topic imaginable: From best practices for reducing energy, to maintenance planning and scheduling, to Finance 101 for FMs, to a review of ADA regulations.

Co-Founder and Co-Chairman of the CTA Awards. HVAC and Security Sales Engineer and Integration Consultant with over thirty years of industry experience.
All Posts »
PrevPreviousYou’re Invited to America’s #1 Facility Management Show — $1,195 Value – Yours for Free!
Next2014 ControlTrends Awards PID Finalist Laura KevittNext