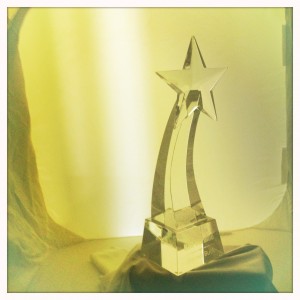 The 2012 ControlTrends Awards were a spectacular success! Unfortunately, our efforts to stream the show live were thwarted by technical difficulties beyond our control. Stay tuned to ControlTrends — the show will be posted in its entirety in the very near future!

Werner Buck’s illustrious career is punctuated by yet another award as the former president of Belimo Aircontrols (USA) and one of the most recognized innovators in the HVAC industry was awarded the inaugural CTA Hall of Fame Award for his outstanding professional and community contributions. ControlTrends will continue its efforts to chronicle the origins, people, and legacies of our HVAC Industry.

The ControlTrends also introduced its first Petock Award, named in honor of its namesake, Marc Petock, who provided the HVAC industry with over thirty-five years of extraordinary passion and service. The award will be given annually to a deserving member of the HVAC industry.

For those who can’t wait: We are pleased to announce the 2012 CTA Award Winners:

Once again, our sincere thanks to our 2012 CTA Award Sponsors and Media Sponsors! We look forward to next year’s event.