P.S. A Letter to The ControlTends Community Part Two 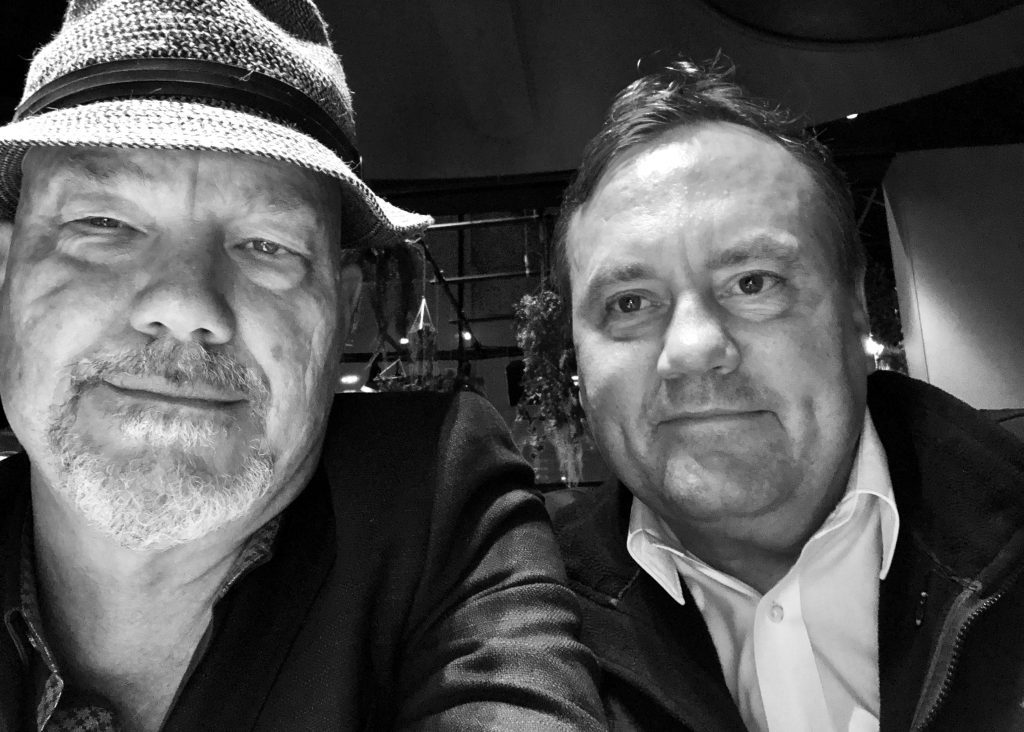 As a follow up to last weeks post, I will share what Ken and I have been doing, and some things we have learned. And offer a tip or two along the way.

But first an observation….

All things being equal or close to equal, we do business with people we know, like, and trust.
Business is personal. In the good old days, we took clients to dinner and played golf. We met them at trade shows, at their offices, and anywhere else we could connect face to face. We built relationships with our customers. Like and trust developed as we showed interest in them, and shared about our lives. We knew our customers’ interests, about their kids, and they knew about us.

This need for personal connection is hard wired into our DNA.

Today it is difficult to get face-to-face meetings. So how do you connect?

Our best choice these days is to engage digitally. This might mean emails or social media platforms like LinkedIn, Facebook and Twitter; But here’s where it gets tricky: no one wants to feel like they are being marketed to by a faceless company that doesn’t show themselves as human — in today’s world of busy people who have over saturated attention spans being impersonal could well become the kiss of death. Don’t get deleted!

If you want people to feel connected, then share something about yourself… third-person emails are out, first person is in! People don’t want to engage with companies, they want to connect with other human beings—smart brands have personalities and people related to their products and company. Who are the connectors in your organization? Give them a bigger budget.
For example,

After pumping the brakes on ControlTrends, Ken and I made career moves.

Ken started working for Chesapeake Controls after spending his entire controls career in distribution. This informs him in new ways. He has lots to share from his new vantage point.
As for me, Rob Allen, started running the day to day operations at Stromquist Company. My confidence in Rob allowed me to step away from the business. And for the first time in forty years, I had lots of free time.

I did an inventory and decided that my biggest regret was not spending more time with my oldest daughter Britt. When she was growing up, I was on the road 3 to 4 nights a week. Those of you who have grown children know they go from diapers to college in the blink of an eye. You don’t get that time back….. 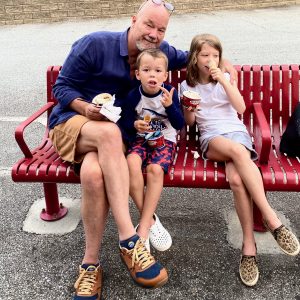 So I made Evelyn and Axel, my 8 and 6-year-old childern, my primary focus.
When they are at school, my goal is to learn about what’s going on in the world of technology and relate it back to smart building controls.
I spend hours reading and watching everything I can about Blockchain, AI ,VR , crypto and WEB3.
I am always looking to expand my perspectives.
The more ideas I expose myself too, the more likely I am to make new connections, so I have also been studying everything from history, literature, psychology, and philosophy to productivity hacks and music theory.
I am learning everything I can about the new realities in sales and marketing.
I watch influencers  on the internet and try to understand why they have such an impact. Is what they do repeatable by companies in the HVAC and Smart Building Controls Industry?
A typical day for me is I wake up at 4 AM. I read for three hours. When Evie and Axel wake up, I enjoy cooking them breakfast and helping my wife, Anna, get them ready for school.
When Evie and Axel are home, I give them my undivided attention. Little did I know that in hanging out with them I would get a context for how all these technologies fit together.
See if this sounds familiar….
Evie and Axel play a game called Animal Jam. According to Google, back in September 2020, Animal Jam had 3.3 million users in 200 countries. Animal Jam is a virtual reality community (translation, a meta verse) In this virtual world (economy) members earn tokens or buy them. They use these tokens to buy and sell stuff.
Evie has six different dens ( homes) and has purchased so much stuff that she had a Black Friday sale. She created a marketing campaign, complete with adds she made and posted in Animal Jam Land. Her adds hit home, as members from all over the globe came to her den to buy. She sold all her inventory in a matter of hours with an average profit margin of 45%. She bought a new winter den, with a view of the South Pole, complete with hot tub, two Polar Bears, and new slay with seven reindeer to get around in.
Axel is an Animal Jam millionaire !An astute investor in Animal Jam real estate, he has flipped so many virtual properties that he is a millionaire many times over. His motto is “buy high, sell higher”.
He is considering selling a virtual online course called “How to get rich in Animal Jam Real Estate Using Other Peoples Tokens“. He plans to sell the course to those citizens of Animal Jam that want to improve their virtual lives.
He bought a virtual plaque on Animal Jam that says “I am a millionaire” It is one of his most prized purchases and it hangs proudly on the mantle of his 40 room ocean front beach den.

Meanwhile, American rapper Snoop Dogg has recreated his mansion in a blockchain-based virtual metaverse, The Sandbox. Want to be Snoops neighbor? Get your wallet out? According to the Wall Street Journal, Republic Realm bought land in The Sandbox for a record $4.3 million.

Crazy right? How long before, Aaron Gorka sells Snoop and his neighbors a virtual service contract for their virtual air conditioning units?

This is the meta verse. It is here to stay. It will be part of our industry. I don’t know how…. I do know who ever figures it out first will be able to buy all the dens they want in the real world.

Our friend Nicholas Waern has some intriguing takes in Ken Sinclair’s January issue of automatedbuildings.com. It is worth checking out.

Let’s get back to you and your customers and keeping it personal:

My young friend Anthony Bronzo, who is always light years ahead of me, no longer calls or zooms his clients.
Anthony puts on his Oculus VR glasses and meets his clients on a virtual reality golf course.
They can see each other’s avatars. They can talk to each and other players while playing a round of VR golf. All this while he is in Austin, Texas and his client is in Tokyo. Lots of business is getting done on virtual golf courses. When was the last time you took a client out for a round of golf?
Here is something else he did:
A couple of weeks ago, Anthony bought tickets to an NBA basketball game and invited several of his key clients from around the world to attend the game with him.
Imagine sitting court-side. Cameras and microphones are right behind the Lakers bench. You see and hear the game, but can also hear what LeBron is saying during a timeout.
It was all virtual. Tony and his clients had the best seats in the house and could see and talk to each other, as well as other virtual attendees.
How is that for a bonding experience with a customer?
VR will change the way we view sports, concerts and movies.

ControlTrends Tip # 2: buy an Oculus for your kids or grandkids and have them show you how to use it. Words cannot possibly describe the experience.

And just when I was considering how VR could be adopted in our industry, I saw an article by one of my favorite people, Scott Cochrane ,  in one of my favorite sources for information, Automated Buildings.
Scott, of course, has it figured out. Watch his video if you want to get a feasible use case for our industry. Scott Cochrane and Mike Mitchell are clearly talking to kids and George Lucas. Who knew Mike was such a great actor!

Change is all around us, so much change that it is hard to see. As the old saying goes, we are not sure who discovered water, but we are pretty sure it was not a fish.

ControlTrends Tip #3: If you want to see the future, spend time with children. If you pay attention to what they pay attention to, you can get a feel for future trends….

That’s it for this week. If you have a second, I would love to know what you think in comments.
Stay tuned as we have exciting things coming your way on ControlTrends. Including some innovative advertising opportunities.
As Hunter S Thompson used to say “Buy the ticket, take the ride”

Eric has been in the controls industry since 1979. His passion for controls and the desire to provide an easy way for HVAC professionals to keep up with the rapid changes in controls technology inspired him to create Controltrends.
All Posts »
PrevPreviousDon’t Miss Ken Sinclair’s January 2022 editorial in Automated Buildings: “Defining You in 2022.”
NextHow to Use AI to Get Into Smart BuildingsNext