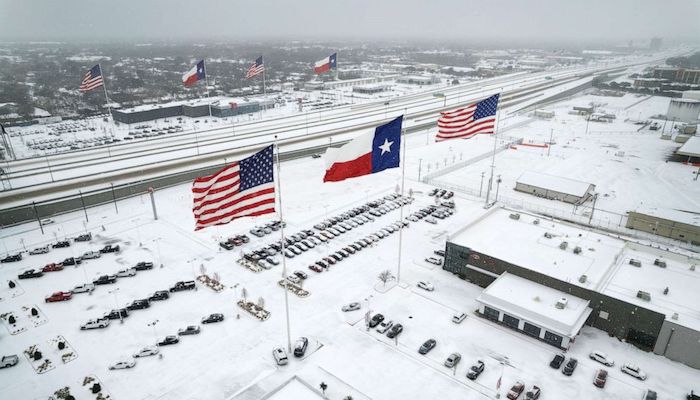 POP! Looking at the dashboard, the tire indicator blinked an angry red. I watched as the pressure on my rear right tire decreased from 36 to 32 to 20 to 15 psi . . .I had a problem, a big problem!

It was a little after 6 am. It was dark, foggy, and misty. I was on I-10, in West Texas, 280 miles from San Antonio, thirty miles from the next exit, in the middle of Nowhere, USA. The Mercedes I was driving did not have a spare tire, it had run flats. It was Wednesday, and I was trying to outrun the winter storm that promised ice, power outages, and road closures. I had to get east of Houston by nightfall or the impending storm would trap me. Unable to drive, I would be “all packed up with nowhere to go.”

The tire gauge was now at 10 psi and as it went to 0, the big Mercedes wobbled and vibrated like an elephant trying to balance on a pogo stick. I realized that nothing I had learned in my thirty-plus years in smart building and HVAC controls prepared me for this current crisis. The temperature, in the car, was a comfortable 72 degrees so my training was useless, if only it was a temperature control problem, I would have had a chance.

I thought about the 2022 AHR show. It amazed me how many people showed up. According to the numbers I read, just over 40, 000 people and 1600 vendors made it to Vegas. This seemed like a perfect number. It was crowded, but not too crowded. You could move around the exhibition floor easily.

It looked like the vendors got their money’s worth. People looked happy and engaged. They wore masks, and it felt safe. No one seemed rushed or pushed. It had the best vibe of any AHR Show I have ever attended. Maybe AHR should cap the number at 40K in the future.

Monday was a great day for me. Ken Sinclair had done it again! I sat in on several of his fantastic education sessions, which I will post about later. I had some time late Monday afternoon and went to the exhibition hall. I caught up with some old friends, including the teams at Functional Devices and KMC Controls, both of which have cool new products. My plan was to be on the floor all day Tuesday. Like most people, I wanted to see what Passive Logic was showing, and to check out Tridium and Siemens and all the other booths that are part of HVAC, Building Automation and Smart Building Controls. So many great things to see. Tuesday would be busy!

That evening I did something I rarely do, I turned on the news, and learned about the winter storm and the prediction that I-40 would ice over and be closed by Wednesday night and that I-10 would follow suit by Thursday morning. Surely this was fake news. It had to be fake news. It was on every channel and on every weather website I checked. I did the only logical thing I could think of and put my head under my pillow and went to bed.

Why does AHR, the one group of people that understands temperature, heating, air conditioning, better than any group on the planet, insist on having the most important show of the year in the middle of winter? Every year, attendees are delayed or cannot attend the show because of inclement weather? I vote for an AHR show in April.

Unable to sleep and realizing that I was just shy of 2,000 miles from Atlanta, I left the hotel at 4 am on Tuesday morning and started driving, hoping to outrun the winter storm of 2022. No way I could make it on I-40 so I headed south through Phoenix and Tucson, spending Tuesday night in Las Cruces, New Mexico, the birthplace of my wife, Anna. I set the alarm clock for 2 am. This would give me enough time to drive through Texas before the storm hit.

It had been a good road trip. On my way out I stopped in Austin, Texas and spent time with Anthony Bronzo. 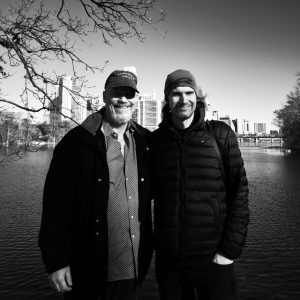 Anthony is a friend and trend-setter. He helps me see the future. If you read my post, Letter to the ControlTrends Community Part 2, you know Anthony is using virtual reality (VR) to connect with his customers. It has become his preferred way of interacting. Anthony predicts that the tipping point for VR will be in 2023 when Apple introduces their 8K VR goggles. I wish I had remembered to ask Mike Mitchell, the smart buildings VR master, about this when I saw him at one of the AHR educational breakout sessions.

Austin is an amazing town. To fully comprehend Austin, knowing a bit about quantum theory and specifically, morphogenetic fields helps.

The debate is around where consciousness resides. Most of us assume that consciousness and our thoughts exist between our ears. The quantum theorists say that consciousness exists in fields in different locations and what we think of as our brains are receivers that can tap into these fields.

Put in smart building control speak, we think of our brains and our thinking as edge controllers. We do all the thinking and processing locally. The quantum theorist sees all  thinking as an enterprise solution, if we have the right passwords or Haystack tags we can access anything going on in that field. Austin, to me, is the mother load of creative morphogenetic fields, and the three days I spent there recharged my creative batteries.

ControlTrends Tip: If you are feeling stuck take a trip to a different morphogenetic zip code. If you are an artist, go to New York City, if you are a techie go to Silicon Valley — if you are both go to Austin, Texas.

Meanwhile, back in West Texas, the only useful things going on in that morphogenetic field had to do with cowgirls, rodeos, and oil rigs.

Normally I would be making this trip with my ControlTrends partner Ken Smyers. Kenny is plugged in to every morphogenetic field on the planet, and would know exactly what to do. I reminisced about the time, while covering the EASY IO global conference, when we got  stranded on the top of the Eiffel tower. A power outage, three drunk French gangsters ( thinking it would be fun to throw one of us off the tower), a French poodle, a parachute,  Mike Marston’s credit card, and we survived! Like I said, “Kenny always knows what to do!”

I contacted Mercedes Benz on the phone and was told two things; I could drive up to fifty miles on my run flat as long as I did not exceed 40 mph, and the nearest dealership was in San Antonio, where I could get my tire replaced. I needed a tow truck, which is expensive and time-consuming. Money, I had; time, I did not.

I figured I had about 10 more miles before the elephant fell off the pogo stick.

I noticed the flashing lights of a Texas State trooper, who, disappointed that I was not Ken Smyers, “the man ,the myth , the legend,” decided to help me anyway and suggested a towing service in Ozunna, 8 miles away. He gave me directions, a phone number, and followed me to the exit.

It is said, “God loves fools,” or maybe it is that “God suffers fools.” In either case, before I made it to the towing service shop, the Mercedes did her final swan song right in front of a tire store. The store had just opened, and they had a tire that fit my car. One hour and two hundred twenty-two dollars later, I was back on the road heading east.

Driving like the proverbial “bat out of hell” I made it out of Texas before the rain and ice started and on late Thursday afternoon I arrived back in Atlanta.

A very sincere apology to all those that I did not get to see in Las Vegas. But as I watched the news on Thursday night, with reports of road closings and power outages, I realized that in the best of western clichés I had “dodged a bullet.”

ControlTrends Tip: When your instincts, or that persistent nagging voice in the back of your head, tell you to “get out of Dodge” (or Las Vegas) get on your horse and ride. Nevermind that it is the same voice that insisted that you do the road trip in the first place.

That being said, I have some good take aways to post from the show, so stay tuned!

Eric has been in the controls industry since 1979. His passion for controls and the desire to provide an easy way for HVAC professionals to keep up with the rapid changes in controls technology inspired him to create Controltrends.
All Posts »
PrevPreviousAutomated Buildings’ February AHR Expo Show Issue: “Vegas Winds & Wins!”
NextHow IP Controls are Changing Building Automation ControlsNext