Shaking Value Chains and Channeling New Voices in BAS — “As the Big-brand Cloud Providers Compete, They are Driving Such Tooling – Even the AI and Voice Components – to Commodity Status” 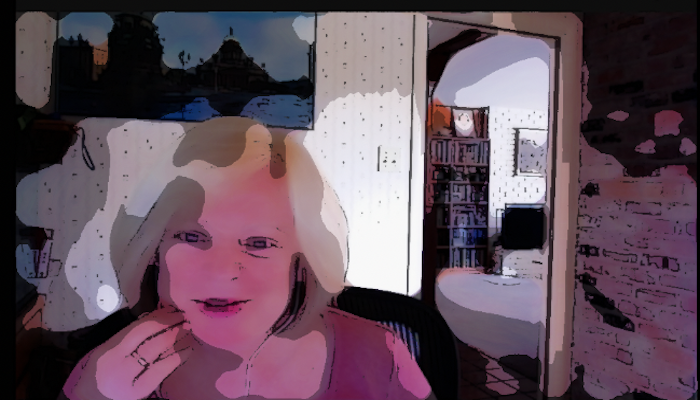 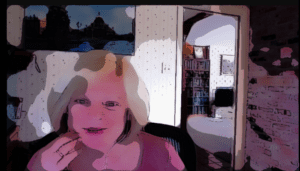 This article first appeared in the March edition of Automated Buildings and is re-purposed with the author’s permission. The unifying forces within the HVAC and Building Automation industries are changing. The universal laws and assumptions we held as champion truths, are no longer valid. Even the gravitational fields that kept the “constellation of value” constant in our channels — are in full flux. New galaxies are forming and steering your way through these new strong and weak interactions may be be dicey. The following article by Therese Sullivan, editor of Building Context, will help to explain why. 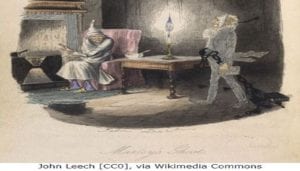 Charles Dickens was right. One of the best ways to tell a story is to channel different voices for past, present and future perspectives. For this telling, I’m casting those in building automation hoping for business-as-usual in the role of Ebenezer and the physical security industry as Jacob Marley’s ghost. This time, Marley isn’t in chains. Rather, he is pointing out that, once building operational data is moved to IP networks, there are no chains on alternate sales channels into C-suites where decisions about buildings are made.

I was briefed on the history of how data architectures for physical security systems evolved when I met Brad Kult, Associate Vice President & Director of Technology Design Services, HGA Architects and Engineers, in January at the AHR Expo Education sessions. Brad explained it this way:

“Why did Physical Security Transition to IP networking? Market pressure came from fierce competition in CCTV cameras and other system components that drove the industry to commodity pricing for IP-based hardware, eventually away from expensive proprietary head-ends. Once all of the hardware supported standard IP connectivity, systems were no longer closed and new integration opportunities opened up. As for software, that underwent a major transition too. Classic video matrix switches began to be replaced by virtual matrix software using the IP network to provide aggregation and transmission of video from cameras and recording platforms.”

Brad was quick to see other similarities that will drive BAS solution vendors and systems integrators along a similar path: “Just as BAS applications and analytics are being pushed to edge controllers, analytics moved into cameras and access control devices. Low-cost computing power and miniaturization allowed affordable cameras with better thermal management, solid-state storage and lots of memory. Likewise, because access control is subject to issues like transaction latency, buffering in the controller, operating through power and network outages. As soon as access control devices could be built with the right compute resources, analytics moved to the edge.”

Brad Kult’s description of past dynamics in physical security jibed with a January post on the Physical Security business by Memoori Research. I recommend that you read the whole post; but, here are the key points from the market analysis:

“Virtually all the security, safety and environmental controls in smart buildings now operate through IP Networks and this makes connectivity between them much more practical, but it still needs a common communication protocol to be used to enable data to be transferred and understood…[Once we have] the final link in this chain… [we can] join all the devices on a two directional network that can operate without human intervention… that we can call a Building Internet of Things (BIoT).

The real Jacob-Marley chain shaking part of this Memoori piece is in this paragraph:

“The main route to market for total solutions is at present direct to the end user or his consultant but Systems Integrators (SI) are now active in promoting this business and this has opened up a second channel. In the US some of the Major SI’s have now got involved in the design and installations of not just physical security systems but further integrating environmental controls and lighting.”

As Memoori reports, the major IT SI’s have extended their businesses to include physical security services and audio-visual services as a natural outcome of IT Convergence, and they are quickly moving into lighting. A case in point is this recent press announcement from a division of IT SI major Tech Data detailing an extended partnership with Crestron Electronics for Microsoft Skype-powered conference-room AV equipment. Crestron is also a major brand of lighting control and other office building automation systems, so the opportunities to extend this partnership to other IoT or as-a-service solutions are many.

For the voice of IT Convergence Future, you can hear an expert on enterprise IT channel selling on a recent ControlTalk podcast. Rauline Ochs of the Channel Company sees IT and Operational partners teaming together to bring new aggregated IoT solutions to market. She describes their playbook like this:

“Starting with expertise in edge devices and vertical industry domain knowledge, some OT companies will move to deliver control units to their customers. From control, they will move to IoT platforms, so that they can get involved in analytics. If they can succeed with customers on the basis of superior analytics – delivering high value from connected things, extracting insights, impelling action – they can control the customer ROI. If they control the ROI, they control the sale and are higher in the value chain among many partners.”

I glimpsed just how close the buildings world is to this future when I went to the Microsoft IoT in Action Conference in San Francisco in mid-February. Primarily the event showcased the Microsoft Azure IoT platform and new AI tools. But, far and away, the most information-rich session of the day was the industry panel featuring some of the major IT SI’s using the Azure platform and tools.

This panel was moderated by Nicole Denil, Microsoft’s GM of the Aggregator Channel, and included IoT leaders from Arrow Electronics, Tech Data, Synnex, Avnet and Advantech. The IoT deployments they described were right out of the Playbook described by Rauline Ochs of Channel Company. Here are some of the stand-out quotes from this panel.

The session on IoT Business Model Transformation featured a physical security company, Genetec. The company’s IoT leader, Christian Morin, detailed the process of remaking a business to leverage IoT workflows. Genetec has established a new brand for its cloud-based video monitoring system, Stratocast. Here you can start to see all the ways it is forging a new route to profitability – from hardware margin to subscription, from capex to capex plus opex. Also, Morin talked to how the relationship to the customer must change from transactional to a partner that is sufficiently trusted to keep renewing the service. Some call that a Managed Service-type relationship.

The comparison of physical security industry dynamics to BAS has its limitations. To date, there has been no direct sales model for BAS because of the skill set required to integrate HVAC designs unique to a building involving equipment of competing brands. In BAS IoT, the major value in the solution will still likely come from OT partners—like energy and commissioning service contractors, mechanical contractors, and controls contractors of various sizes, brands, and capabilities. Though security systems can be complex, they are more self-contained and thus have often been managed within the realm of a sophisticated IT or internal services group. So it’s no surprise that IT Convergence has come to these workflows first.

Still, BAS OT partners can learn from the Genetec Business Model Transformation story. They need a data road map and data playbook too. But, it is their physical presence and ability to tend to the needs of a buildings inner workings that position them for the Managed-Service relationship.

Microsoft noted several times during the conference that it can take from 15 to 25 IT-expert and OT-expert partners to comprise a successful IoT workflow. That is unprecedented. Today, the IT big-brands are transparent about wanting only to offer the tooling — infrastructure-as-a-service, platform-as-a service, big-data and eventually AI tools. The major value in the solution will come from OT partners. What are these 15+ IoT partner value chains trying to conjure up? They are clear about that too; they want Cortana, Alexa or Siri in our walls telling us everything that needs attention in our buildings. To make it work, all partners need to be open and transparent in their business practices and contributing technologies. As the big-brand cloud providers compete, they are driving such tooling – even the AI and voice components – to commodity status. Like Genetec, OT partners can maintain their upper-hand position and own the customer relationship, delivering the high-value managed service part of the offering. That is, if they are awake to the industry transformation underway. So it can be a happy ending for those building automation solution providers and SIs who, like Ebenezer, wake up and seize tomorrow.