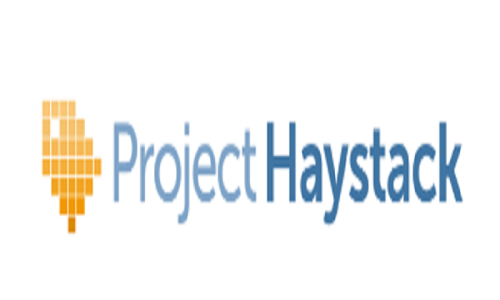 RICHMOND, VIRGINIA – October 18, 2021 – The Project Haystack Organization (www.project-haystack.org), a collaborative community addressing the challenge of utilizing semantic modeling and tagging to streamline the interchange of data among different systems, devices, equipment and software applications, today announced the next issue of the Project Haystack Connections Magazine is in development and is issuing a Call for Contributed Articles and Advertisers from the community providing Haystack-compatible products and solutions around the world.

Connections Magazine published bi-annually, documents how the Project Haystack community is applying or implementing the Haystack 4 Tagging methodology in the building and facilities management industry. Facility owners, operators, managers, and service companies recognize that making data self-describing with a standardized approach to semantic data modeling is key to overcoming the hurdles related to effectively using the data produced by the built environment.

In addition to new articles contributed by the Community, this Fall issue will also feature content from the recent fifth biennial Haystack Connect Conference held virtually May 4 – 6, 2021. Haystack Connect 2021 is a unique, open-forum event where the Haystack community and anyone interested in making data interoperable convene to learn and share the latest technologies and techniques for connecting systems and utilizing the ever-increasing amount of device data in applications including intelligent buildings, energy management, remote monitoring, and other IoT devices and applications.

“To continue celebrating Project Haystack’s 10th Anniversary this year, we have made videos of the Haystack Connect 2021 Conference technical sessions available to everyone,” said Marc Petock, Executive Secretary of the Project Haystack Organization. “We encourage everyone to visit https://haystackconnect.org/schedule to view the videos. This issue of Connections Magazine will recap keynote presentations and technical sessions that covered data acquisition, communications, protocol translation, data visualization, analytics, data semantics, modeling, and security.”

Articles in past issues of Connections Magazine are submitted by end users, including design consultants, commissioning experts, smart building consultants, property managers and developers – all of whom are meeting the demand for smarter, interoperable solutions. Project Haystack Working Groups provide updates to their work and as always, there will be sections dedicated to Tools for Developers and Integrators, How to Get Involved, a curation of social media about Project Haystack Member Projects, Practices and Products, and a directory of all Project Haystack Members.

Today, Project Haystack also announced two new Associate Member companies, 75F and Switch Automation, have joined the organization in the past month. They are in addition to four new members announced earlier this year which were Allander Analytics, Automated Logic, Buildings IOT and Clockworks Analytics.

“At 75F, we look forward to a future in which every building has an automation system in place,” said Deepinder Singh, founder and CEO of 75F. “75F’s role in this fundamental shift is to simplify complex problems in the commercial building controls space and make automation affordable and accessible to all, no matter a building’s age or equipment. Project Haystack is critical to this vision, and we sincerely look forward to contributing to this community and our world.”

“Switch Automation has always been committed to being a data and system agnostic platform. We are thrilled to join Project Haystack to further that commitment, and believe that an open-source, community-driven tagging methodology accelerates the path to converting data into smarter, more sustainable and healthier buildings,” said Deb Noller, CEO of Switch Automation.

“Since our organization’s formation in March 2011, Project Haystack has played the leading role in making device data interoperable, providing the industry with a standard metadata model, tools, reference implementations and educational materials, all developed by a true open-source community,” said John Petze, Executive Director of the Project Haystack Organization. “Membership in the organization, participation in working groups, and adoption in real world projects, now estimated to be over 40,000 facilities worldwide, all point to the growth and acceptance of the Haystack standard.”

More information about the Project Haystack Connections Magazine and how to submit an article abstract or to Advertise is available at https://marketing.project-haystack.org/connections-magazine/advertise.

Celebrating 10 Years! Since its formation in March of 2011, the Project Haystack Organization, a 501(c) non-profit trade association, provides the industry with an open-source, collaborative environment to address the challenge of making data self-describing using semantic modeling, also known as data tagging. The work developed by the Project Haystack member companies and community is streamlining the process of managing, presenting and analyzing the vast amount of data produced by smart devices and equipment systems. The Haystack methodology can be used with virtually any type of system and device data, and is not tied to any vendor or communication protocol.

More information about the Project Haystack Organization for Developers, the Discussion Forums and Working Groups can be found at: https://project-haystack.org.