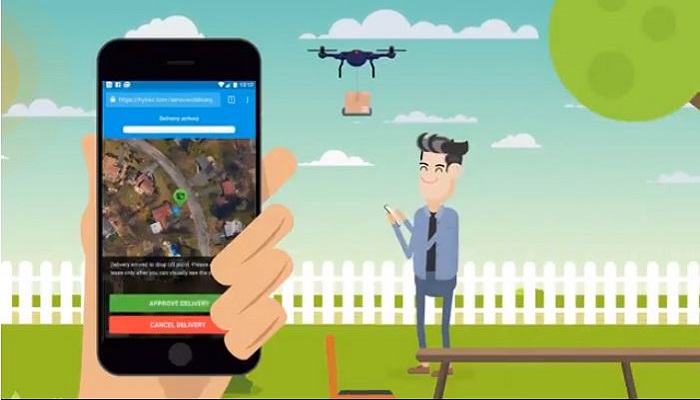 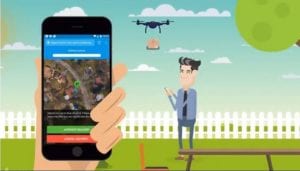 Every so often, the disruptive deployment of technology seems to kind of sneak up on us — in part, because it is impossible to know about all things relevant and their progress at all times; and in part, because it is difficult to project the rate of adoption and the impact of these seemingly innocuous, yet inevitable game-changers. The once grassroots environmental concept “of thinking global, but acting local,” has evolved into “Glocalization,” a concept Wikipedia describes as “the adaptation of international products around the particularities of a local culture in which they are sold. The process allows integration of local markets into world markets.”

This Flytrex interview came to ControlTrends via Robotics Tomorrow News Team’s interview with Yariv Bash, CEO of Flytrex, headquartered in Iceland. Yariv answers the hard questions first, and then provides updated clarity into the path, he as a disruptor, is taking to overcome the once insurmountable obstacles and barriers. Tipping point, pivot point, inflection point… call it what you want, you better look this over. This is happening.

Please tell us a bit about Flytrex and your role in the robotics industry?

Flytrex provides comprehensive, autonomous drone delivery systems that enable any organization – from SMBs, to government institutions, to e-commerce giants – to integrate instant, autonomous drone delivery into their offering. From facilitating the regulatory process to providing the drones and cloud-based drone management systems, Flytrex is an end-to-end drone logistics service spearheading the drone revolution.

Regarding Flytrex’s role in the robotics industry, in addition to utilizing advanced robotics and software, Flytrex is opening up new industries to the robotics market. Having just recently launched the first ever fully operational autonomous drone delivery system in Iceland, Flytrex is leading the way in realizing widespread drone deliveries.

What is the biggest barrier to widespread drone deliveries at the moment?

Regulatory authorities are understandably concerned about the safety and other implications of widespread usage of drones, especially autonomous drones that go beyond the line-of sight. These concerns remain the biggest barrier to widespread drone deliveries. While in the past we’ve seen companies go head-to-head with regulators, from Flytrex’s perspective, regulators must not be looked at as obstacles, but rather allies in the mission to make drone deliveries a safe and sustainable reality. Ultimately, it is their stamp of approval that will usher in the era of the drones, and thus drone companies should look to work with authorities and regulators, not against them.

Do drones have the technology to navigate trees and buildings in real time, and is that safe?

Absolutely, drones have the technology to navigate obstacles like trees and buildings in real time. Flytrex’s drones, for example, are equipped with technology capable of navigating rural as well as urban environments – including amid and around skyscrapers – through smart mapping surroundings and navigation routes based on existing landscapes. In fact, drone deliveries are safer than regular deliveries, as they decrease the number of courier bikes and delivery cars on the road, resulting in fewer accidents (and a cleaner environment).

Can commercial drones be easily hacked? What measures do you have in place to thwart such attempts? Do you have a contingency plan in that event, and if so, what is it?

Safety and security is of utmost importance to Flytrex, and we have an incredibly competent group of engineers that have worked to create safe and secure systems. That said, we do have precautions in place in the (unlikely) event that a drone is hacked. Built into our cloud technology a failsafe system whereby all of our drones are programmed to land immediately upon detection of a hack – which includes everything from a change in operator to a simple but suspicious course diversion.

Are there any differences between regulatory bodies, or do most pretty much have the same concern?

Both domestically and internationally, there are differences in regulatory bodies and their particular concerns. Iceland, for example, has an exceptionally progressive regulatory body, which is keen to make drone deliveries a reality, provided all precautions are taken and they are proven to be safe. Another significant difference is that in Iceland, there are no line-of-sight restrictions, unlike in the U.S., where strict line-of-sight restrictions prohibit delivering items further than a few hundred meters.

Are drones the answer to making on-demand delivery affordable and sustainable for retailers?

Drone deliveries drastically reduce the cost of last-mile deliveries while meeting customers’ demand for receiving their orders as quickly as possible. In Iceland, Flytrex’s partner, e-commerce marketplace AHA, has experienced a 60% reduction in cost per delivery. Moreover, they have been able to cut delivery time from over 25 minutes down to 4 minutes. This reduction in cost combined with greater customer satisfaction is crucial to making on-demand deliveries affordable and sustainable.

Can you talk about some of the other applications you are looking into for drones in the near future?

Flytrex has a number of exciting projects in testing phases worldwide. At the moment, we are heavily involved in our e-commerce project in Iceland, however, we see endless possibilities and industries that will be disrupted through the utilization of drone delivery. So, it may be e-commerce today, but we hope to disrupt every industry touched by last-mile delivery, and you can expect some interesting announcements soon.

What are the top 3 major concerns of the regulators and how can they be satisfied?

Items falling from drones – recently there has been a lot of media attention surrounding instances of items being dropped by personal use drones. This is not something Flytrex takes lightly. Flytrex’s advanced technology and hardware was developed to minimize any and all such glitches, and our drones have a number of fail safes that prevent items from being dropped.

Collision: Regulators only allow one drone company to operate per each approved flight path, ensuring that there are no collisions. Moreover, as all of Flytrex’s drones are tracked simultaneously, they are suited with technology that prohibits collision between them. With regards to third party objects and other aerial vehicles, we treat our drones with the same gravity as we would an airplane – ensuring that only the highest quality tracking and area mapping are deployed, reducing threat of collision significantly.

Hacking: As mentioned, regulators are justifiably concerned by the possibility of drones being hacked. To satisfy this concern, companies must build a secure system to prevent hacking, which includes the fail-safe opportunity to land the drone upon recognition of a hack – which includes a change in operator, or a simple course diversion.

Yariv Bash is the CEO of Flytrex, a drone technology company providing comprehensive, autonomous drone delivery systems that enable any business, from SMBs to e-commerce giants, to integrate instant, autonomous drone delivery into their offering. Flytrex is an end-to-end drone logistics service spearheading the drone revolution. Prior to Flytrex, Yariv was the Founder and CEO of SpaceIL – the Israeli team at the Google Lunar X-Prize competition. SpaceIL’s mission: landing an unmanned spaceship on the moon, for a fraction of the traditional cost. Under Yariv’s management, the non-profit SpaceIL raised more than $30 million.