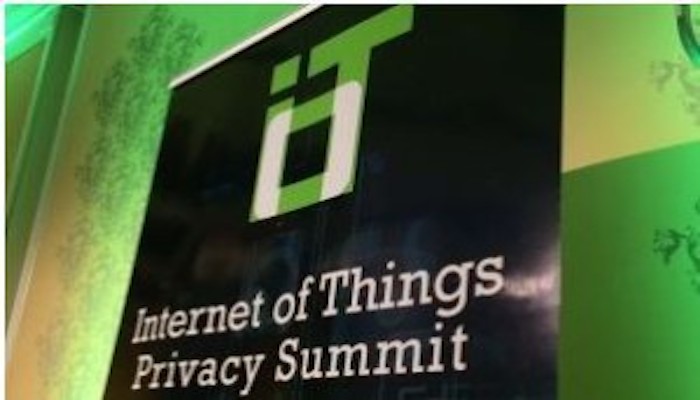 The one-day TRUSTe Powering Trust Event, Internet of Things Privacy Summit, was held this week at the Rosewood Hotel, Menlo Park, Silicon Valley, CA. The IoT Privacy Summit reads like a crash course attempt to catch government regulators up with the advanced privacy (and security) issues that the collection of big data, rampant emerging mobile technologies, and the after-the-tech style of regulating pose. One of the top agenda items was The Big Debate, which asked the million-dollar question, “Can We Have Privacy and the Internet of Things?” — Or, are they just plain mutually exclusive? TRUSTed Smart Grid offers an interesting solution to protect customer energy usage data (CEUD) for home security management systems, smart thermostats, smart appliances, energy management apps, and other services. Watch IoT Privacy Summit videos.

Kachina Shaw digs deeper: The TRUST Internet of Things Privacy Summit was held in Silicon Valley. The event brings together analysts, policy makers and technologists at a time when “regulators at the U.S. Federal Trade Commission (FTC), the European Commission, and other organizations are already looking at the privacy issues related to the Internet of Things.” Of course, all of those entities and more have been doing so for some time, but we have reached the point at which governmental regulation of this set of technologies will likely never catch up to its development pace, and industry controls are moving forward more quickly in an attempt to balance consumers’ demands and concerns with product and network providers’ market goals.

The data privacy management firm putting on the summit, TRUSTe, is building its reputation in the Internet of Things (IoT) space where, along with the Future of Privacy Forum think tank, it recently introduced the TRUSTed Smart Grid, a set of analyses and certifications for companies seeking to differentiate their smart devices and highlight their data collection and usage practices.

The summit event, which you can catch live streaming, is tackling a “big three” set of questions around privacy and the IoT: Big Data, mobile and regulation. The final discussion will attempt to answer the overarching question: “Can We Have Privacy and the Internet of Things?”

Since we clearly will have the IoT, it looks like the question to be answered will continue to be, can we have privacy? When TRUSTe performed consumer research earlier this year around the topic, it found that 59 percent of respondents said they did in fact know that smart devices like in-vehicle navigation systems and TVs could gather data about them. That number seems low and slightly surprising. Less surprising is the fact that only 22 percent of those folks feel the devices’ benefits would outweigh privacy concerns, and only 14 percent said they would be comfortable with advertisers having access to that data. Security vendor Fortinet found similar attitudes in its recent survey: Of 1,600 responding consumers, 70 percent said they were very concerned or somewhat concerned about seeing their sensitive info stolen through connected devices, according to a piece on The VAR Guy.