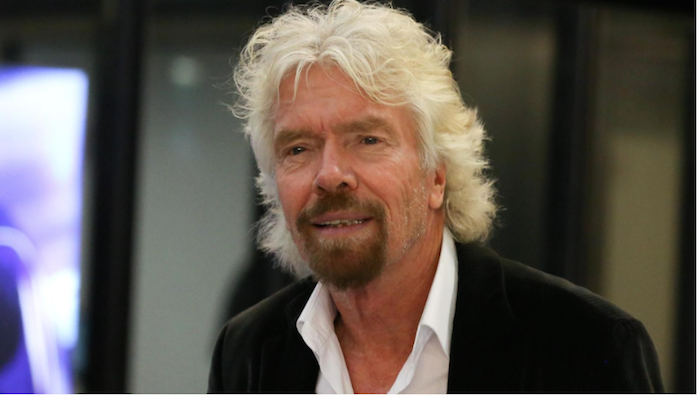 IN THE NEWS THIS WEEK

Ken and I have talked a good bit about “technology eating itself and making work obsolete.” Technology and artificial intelligence are advancing at a blistering pace with 3D printing and robotics. We are increasing the supply of goods at lower and lower costs with less need for human input. How soon before we have unlimited supply and no one has money to buy because jobs have been replaced by technologies.

If robots take your job, the government might have to pay you to live from CNBC.

Apparently, we are not the only ones who have this concern. Check out this article form CNBC were the likes of Richard Branson and Elon Musk are already searching for solutions to the technology take over of the jobs market.

Here is a copy of the CNBC article….

“Billionaire entrepreneur Richard Branson is the latest in a string of iconic businessmen to talk about cash handouts, or universal basic income, as a solution to jobs being replaced by technology.

“With the acceleration of [artificial intelligence] and other new technology … the world is changing fast,” Branson writes in a post published this week.

“A lot of exciting new innovations are going to be created, which will generate a lot of opportunities and a lot of wealth, but there is a real danger it could also reduce the amount of jobs,” he says.

“This will make experimenting with ideas like basic income even more important in the years to come.”

“In the modern world, everybody should have the opportunity to work and to thrive,” he says. “One idea that could help make this a reality is a universal basic income. This concept should be further explored to see how it can work practically.”

Branson references the universal basic income experiment currently underway in Finland, where a €560 payment (the equivalent of about $655) replaces other social benefits and is still given out even after an individual finds a job.

“The initiative aims to reduce unemployment and poverty while cutting red tape, allowing people to pursue the dignity and purpose of work without the fear of losing their benefits by taking a low-paid job,” Branson says.

However, it’s worth noting that the viability of the study has been called into question.

He and other leaders talked about the idea of universal basic income at a meeting of The Elders in Finland this year, he says. The Elders is a group of distinguished thought leaders including Jimmy Carter and Kofi Annan.

“What I took away from the talks was the sense of self-esteem that universal basic income could provide to people. The hope is that policies like these can help people struggling just to survive and allow them to get on their feet, be entrepreneurial and be more creative,” Branson says.

The notion that guaranteed cash handouts provides a safety net to encourage and empower people to take risks is the same argument that billionaire Facebook founder and CEO Mark Zuckerberg made when touting the idea of universal basic income in his Harvard commencement speech in May.

“If I had to support my family growing up instead of having time to code, if I didn’t know I’d be fine if Facebook didn’t work out, I wouldn’t be standing here today,” says Zuckerberg. The tech titan grew up financially secure thanks to his dad’s career as a dentist. “Now it’s our time to define a new social contract for our generation. We should explore ideas like universal basic income to give everyone a cushion to try new things.”

Self-made multimillionaire Stewart Butterfield, the CEO and co-founder of the workplace chat program Slack, has also recently publicly advocated for the idea of a basic income payment. He, too, says that making a cash payment will support and empower risk-taking.

It “doesn’t have to be much, but giving people even a very small safety net would unlock a huge amount of entrepreneurialism,” says Butterfield in a recent Twitter exchange on the topic.

While the idea of free money is appealing, it’s a long way from becoming a reality, especially in America, where the current version of universal health care is on the chopping block.

“At the moment, the trials that have taken place have been local in size and vary in how they’ve been implemented,” says Branson. “So we’ve still got far to go before we can prove they can work on a larger scale.””

Looking for a reason to jump in to the HVAC and Smart Buildings Industry? Perhaps our industry might be one of the last to succumb to the technology take over. Let us know what you think in comments.

Eric has been in the controls industry since 1979. His passion for controls and the desire to provide an easy way for HVAC professionals to keep up with the rapid changes in controls technology inspired him to create Controltrends.
All Posts »
PrevPreviousCarrier Donates More Than 500 Air Conditioning and Heating Systems to Habitat for Humanity
NextEpisode 236: ControlTalk NOW — Smart Buildings PodCast for Week Ending August 20, 2017Next