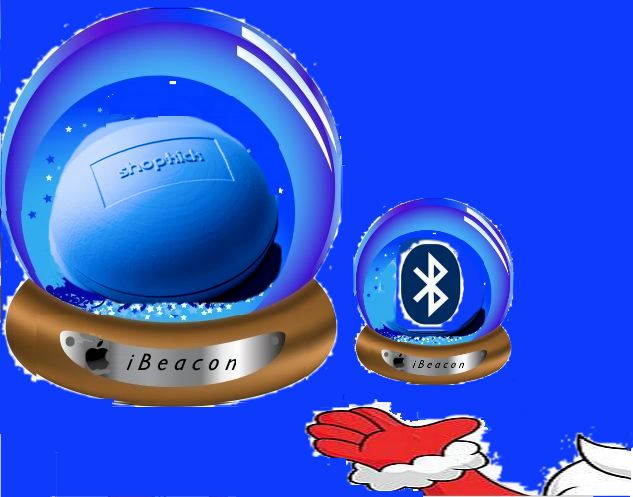 ControlTrends thanks Building Context’s Therese Sullivan, therese@runwaypartners.com, once again for her timely and relevant insight (and image) into the cataclysmic change that is moving into place around us as IoT-dots (Internet of Things) so fast that we can barely see or perceive them, let alone comprehend the impact (disruption) these IoT-dots will be making in our lives, homes, and quite possibly to our industry, once connected. Be sure to access the linked content, and especially, read the comments at the end of the post.

Best information nugget came from: The Battle For The Connected Home Is Heating Up posted Nov 23, 2013 by TechCrunch’s Matt Turck (@mattturck).

Matt Rogers, Nest Labs Founder and VP of Engineering, sent an emphatic “All I Want for Christmas” message in October at the VERGE conference when he said: “We’ve built a connected smoke alarm and we’ve built a connected thermostat. So how do those products communicate interactively with other connected products in the home? Today there is no ‘One Way’ of doing things with interconnected products. There’s Zigbee, there’s Z-wave, there’s Wi-Fi, there’s Bluetooth. How does one even design for these markets? This year particularly some of these communication technologies should start to converge.”

Like an answer to Rogers (and others), the market may be tipping in Bluetooth’s direction here at year’s end with Apple coyly weighing in via a relatively new iOS 7 feature, iBeacon. Notably, the proof case is not happening in the home first, but in high-profile metro retail spaces. (Also, Major League Baseball has plans to use iBeacon technology at some stadiums.)

Field trials of the micro-location technology are being run at Macy’s in New York and San Francisco by Shopkick, a shopping rewards app developer. Shopkick has built a new retail experience whereby subscribed customers are pushed coupons and product news when they are physically browsing near featured items. This amounts to in-store customer engagement that rivals online. Shopkick leverages the Bluetooth-enabled smart phones that shoppers are already carrying around in their pockets and purses.

To parse out the components from this relatively new world of beacons, there is
1.a beacon device. (For those that want the hardware details about coverage limitations, data capacity, power use and costs, check out this Gigaom article. You’ll also learn about associated cloud services for managing the device)
2.a mobile app integrated with a ‘behind-the scenes’ platform for content management and analytics. (For those that want to better understand the challenges of security and enterprise-software integration, here’s a great article from Venture Beat.)
3.and a developer community (As an Apple product, this is an iBeacon strong suit. Check out the developer kits already available.)

iBeacon certainly gives a boost to Bluetooth Low Energy (BLE) as the standard for personal area networks (PAN) in retail spaces. But, could it work for personalized lighting in office spaces too? The Lumen LED Color Smart Bulb is going head-to-head with the Philips Hue, touting BLE as a key differentiator. The concept of such bulbs transmitting their settings to an iBeacon device tied to an enterprise-grade energy efficiency management platform is not a big leap.

Regarding next moves by Nest Labs, Apple putting its weight behind BLE via iBeacon seems like the answer to Matt Rogers Christmas wish. This Techcrunch author goes even further in his speculations about the natural ties between the two companies. He also does a great job of explaining current IoT market dynamics.

This public debut of in-store location technology is getting a lot of notice by people that follow all forms of consumer behavior and gadget tech. The commercial building controls industry should take note too. iBeacon is a connected buildings technology with great potential to disrupt the status quo.

This entry was posted in NEWS and tagged Building Automation, Facilities Management, Internet of Things, Wireless Networking Solutions on December 4, 2013.

Another alternative is the provision of a multi-communication router/bridge, e.g. as being developed by Resolv. In fact, most router suppliers already have support for three communication standards in their basic product(s) but carriers often require the removal of all but thier preferred standard. The argument against the multi-function bridge is of course cost but that fails to consider the reality that there are already many standards deployed in large volume as noted by the founder of NEST. Rather than the traditional approach of expecting one to win, e.g. WiFi, the industry may in fact be converging somewhat with standards like Zigbee SE 2.0 which is “PHY” independent, i.e. works on several types of comm links; and the P1905 standard which enables better interconnection at the network level, i.e. connecting WiFi, HomePlug, etc.; and called “AllJoin(r)” by Qualcomm. John Antonchick

I think its funny all these software companies are trying to get into building automation touting all their favorite flavor of communication tech forgetting completely or mostly unaware how to handle something called a control network.

Its also disgusting the US government hands out patents like candy to companies like Apple that simply took ideas already existing and wrap it around a mystery wrapper as unique.

I suppose these items are simply “things” in your home but in a building its a different story. Cisco failed at this already a few years back and there will be more failures upcoming.

Co-Founder and Co-Chairman of the CTA Awards. HVAC and Security Sales Engineer and Integration Consultant with over thirty years of industry experience.
All Posts »
PrevPreviousIntroducing the momit Smart Thermostat — (Europe’s Version of the Nest)
NextCan The Honeywell VFD Repeat as ControlTrends Best Variable Frequency Drive of The Year?Next