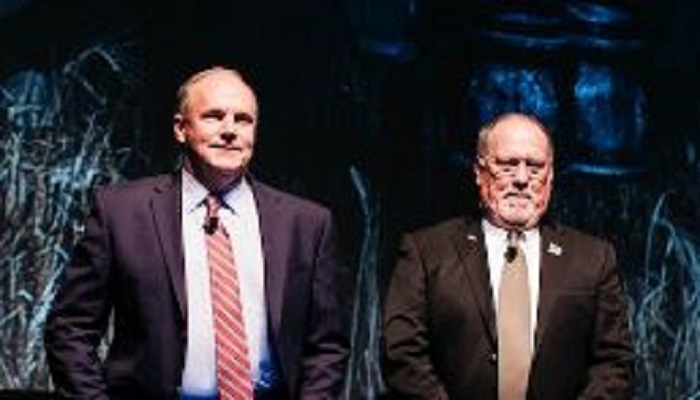 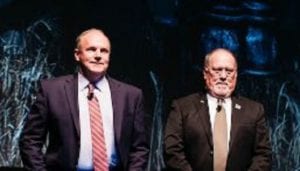 The final night at HARDI Annual Conference: NOVA earlier this month saw 2017 HARDI President Tom Roberts pass the gavel to Meachum. Roberts capped off his HARDI presidency with a few milestones credited to his service, including the HARDI Mexico expansion and record attendances at multiple HARDI events in 2017.

Early during the conference, he told the HARDI team, “This is not an abrupt change moving president to president. I have had the pleasure of serving for a handful of years with the others on the Board, and I can tell you our progress is a deliberate, calculated process intended to keep us steered toward the long-term.”

Speaking of long term, Meachum opened his presidency with a message of legacy. “I believe that we are standing on the shoulders of giants,” Meachum stated during his speech to the closing ceremony crowd, referencing the nature of many HARDI businesses as multi-generational family businesses.

To drive his message home, Meachum presented a high-production documentary-style video that captured the legacy story of three HARDI distributors members; APR Supply, Munch’s Supply and Crescent Supply. “It is our duty to preserve the legacy of those who came before us and built our companies,” continued Meachum. “Let me ask you this, are we going to let some e-commerce giant come and take that all away from us? I don’t think so.”

HARDI (Heating, Air-conditioning and Refrigeration Distributors International) is the single voice of wholesale distribution within the HVACR industry.

Co-Founder and Co-Chairman of the CTA Awards. HVAC and Security Sales Engineer and Integration Consultant with over thirty years of industry experience.
All Posts »
PrevPreviousEpisode 248: ControlTalk NOW — Smart Buildings Videocast and PodCast for Week Ending Dec 17, 2017
NextMillennials Demystified: How They Can Save Smart Building ControlsNext